Lady Gaga Has Postponed Her Tour Because of Her Fibromyalgia. Here’s What to Know About the Painful Disorder

Lady Gaga has postponed the European leg of her world tour because she is in “severe physical pain,” according to a statement posted on Twitter. This comes just days after the singer cancelled a performance in Brazil and revealed that she suffers from fibromyalgia—a chronic illness she also addresses in her new documentary, Gaga: Five Foot Two.

The 31-year-old singer “remains under the care of expert medical professionals who recommended the postponement earlier today,” today’s statement reads. “She plans to spend the next seven weeks proactively working with her doctors to heal from this and past traumas that still affect her daily life, and result in severe physical pain in her body.”

Gaga also spoke directly to her fans on Twitter, writing that she has to be with her doctors right now “so I can be strong and perform for you for the next 60 years or more.”

While the Super-Bowl headliner may be one of the highest-profile celebs to speak out about a struggle with fibromyalgia, she’s certainly not alone. The disorder affects an estimated 5 million adults, according to the National Institutes of Health.

To learn more about the chronic and often debilitating illness, Health spoke with Dr. Roland Staud, professor of medicine at the University of Florida’s Center for Musculoskeletal Pain Research. Although Staud is not involved in Lady Gaga’s care, he has researched fibromyalgia extensively and treated many other patients who suffer from it. Here’s what we learned.

“Fibromyalgia is a disorder of disordered sensory processing,” explains Staud. “Signals in the body, particularly pain signals, are amplified to an extensive degree.” The resulting pain generally affects deep tissues—like the muscles, ligaments and joints—and is often accompanied by other symptoms including fatigue, sleep problems and trouble thinking.

Why fibromyalgia occurs is “only partially understood,” says Staud, but the condition has been linked to stressful or traumatic events, repetitive injuries, illness and certain diseases. Fibromyalgia can also run in families, and some experts believe that one or multiple genes may play a role, affecting how strongly people react to pain.

Diagnosis involves ruling out other conditions

Anyone can get fibromyalgia, but between 80% and 90% of those diagnosed are adult women—most of whom are diagnosed in middle age. There is no test to prove that a person has fibromyalgia, so doctors first have to rule out other conditions that could be causing a person’s symptoms.

In the past, a person could only be diagnosed with fibromyalgia if they met the criteria for a certain number of painful or tender areas on the body. “That’s changed more recently,” says Staud, “so that now a diagnosis is based not just on abnormalities of pain, but also abnormalities of memory and sleep, as well.”

When her Brazil show was cancelled last week, Gaga tweeted that she’d been taken to the hospital because she was in so much pain. But Staud cautions that fibromyalgia pain isn’t something that most people should run to the emergency room for.

“It’s important to know that there are really no proven therapies for this condition that need hospital admission,” he says. Instead, he says, patients should work with their doctors to develop long-term treatment plans for managing their pain.

Medication, behavioral therapy, and lifestyle changes can all help

There are currently three medications approved to treat fibromyalgia pain, which Staud says have “moderate effectiveness.” Cognitive behavioral therapy should also be part of a fibromyalgia treatment plan, he says, because it can help people learn to respond differently to pain sensations and to stressful situations.

Lifestyle modifications—like taking a break from a busy tour schedule—are also critical, says Staud. “Getting enough sleep is very important, as is proper nutrition and getting light-intensity, low-impact aerobic exercise several times per week,” he says. “It’s also important to reduce stressful events, because anxiety is a consistent problem in fibromyalgia patients that seems to make symptoms worse.”

Patients should ask their doctors about other therapies and alternative remedies that might help with their specific symptoms. In her upcoming documentary, Gaga receives treatments for painful muscle spasms; she’s also shown getting massaged and putting ice on sore muscles during and after rehearsals.

Since fibromyalgia has no obvious cause or visible symptoms—and because there is no test to definitively confirm the disease—those who are diagnosed with it often have to deal with the added challenge of not being taken seriously. Gaga hinted at that in her Twitter message, as well.

“I use the word ‘suffer’ not for pity, or attention, and have been disappointed to see people online suggest I am being dramatic, making this up, or playing the victim to get out of touring,” she wrote. “I use the word not only because trauma and chronic pain have changed my life, but because they are keeping me from living my normal life.”

Gaga also wrote that she will share more of her story when she feels stronger, and that she hopes to raise awareness and help expand research to help others. That’s good news, says Staud, because there’s still very much that doctors don’t know about the disorder and how best to treat it. (His lab, in fact, is researching those very questions.)

And more good news, says Staud, is that many people with fibromyalgia are able to successfully manage their symptoms. “They may have to modify their behavior a bit—maybe they wouldn’t want to play contact sports or anything like that,” he says. “But with medication and the right therapy, many people can live relatively normal lives.” 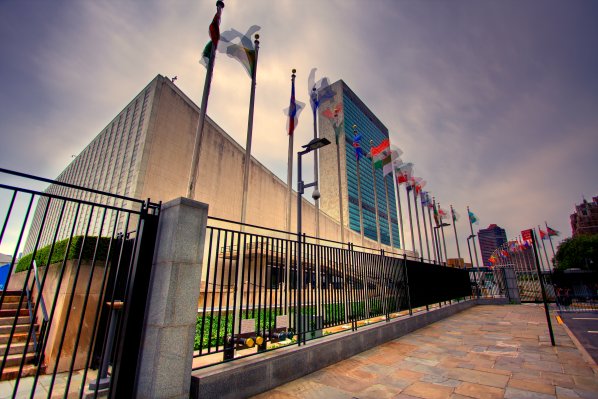 Why Global Health Is Center Stage at the United Nations General Assembly
Next Up: Editor's Pick