It’s official: Ariana Grande knows more about magic — of the Harry Potter variety, anyway — than the rest of us mere Muggles. In a tweet fired off early Monday morning, the Dangerous Woman singer responded to a recent update from author J.K. Rowling, using a rare only-seen-in-movies spell.

It all started when Rowling shared a photo of a giant spider that she recently encountered. “I am a strong, independent woman. Also, thanks very much to my husband for dealing with this so I could go through the door it was blocking,” she joked in the tweet. (Warning: arachnophobes, look away now.) Seems like Rowling shares at least one trait in common with Ron Weasley.

But Grande has the perfect answer to all of Rowling’s troubles — assuming, of course, that at least one of them is a witch. “Arania exumai,” she tweeted back at Rowling. Potter movie addicts will recall that this is the incantation used in the movie version of Harry Potter and the Chamber of Secrets when Harry and Ron venture into the dangerous territory of a tribe of giant venomous acromantulas in the Forbidden Forest.

This isn’t the first time Grande has shown off her love for Rowling’s magical world, though. How many celebrities do you know who have a custom embroidered Dumbledore jacket? 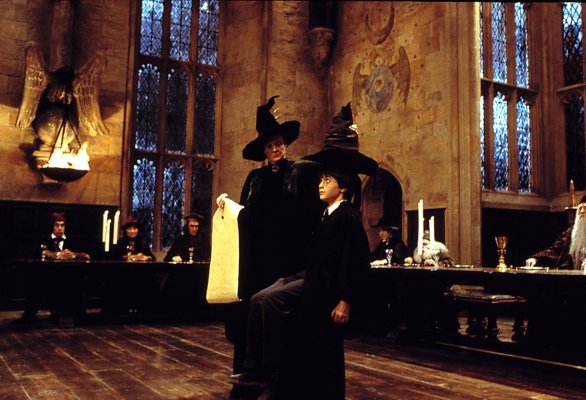 We Sorted Americans Into Harry Potter Houses. Here's What We Discovered
Next Up: Editor's Pick