Family Mourns LSU Freshman Who Died in Possible Frat Hazing: ‘I Will Be Grieving the Rest of My Life’

The close-knit family of a Louisiana State University freshman who died in a possible fraternity hazing incident at the school is grieving the loss of a young man who they said had a big future ahead of him.

Maxwell Gruver, 18, died Thursday in what university police are investigating as a possible hazing incident. The teenager from Roswell, Ga. was taken from Phi Delta Theta’s fraternity house to the hospital, where he died before noon, East Baton Rouge Coroner Beau Clark said. The circumstances surrounding Gruver’s death are unclear. Gruver’s grieving family is now waiting for the final results of an autopsy, which will determine Gruver’s cause of death.

“I just wake up at night and say, ‘Max is dead.’ I can’t believe it,” the teen’s grandfather, Eugene Gruver, told TIME on Friday, breaking down in tears. “You just wish it wouldn’t be your own grandson, but it happened. Max was so handsome and talented. And he had a lot to look forward to. We all love him so much.”

Eugene Gruver, 88, said he was beaming while watching his grandson graduate this year from Blessed Trinity Catholic High School. He recalled how sad yet proud Max’s mother was to drive her oldest child to Louisiana State this fall to help him move in. His mother posted a photo of her son on Facebook Thursday night.

Maxwell Gruver, an avid sports fan, aspired to be a sports writer and had his work published in newspapers in his hometown, his grandfather said. “He knew a lot about all the teams. All the football teams, all the baseball teams. More information than I ever knew,” Eugene Gruver said. The teen’s favorite team was the Clemson Tigers.

Eugene Gruver recalled how “happy” his grandson was to be accepted to LSU and how he learned a week ago that a fraternity there had accepted Max.

Eugene Gruver said he closely followed the hazing death of 19-year-old Tim Piazza at Penn State. But he never imagined he’d lose any loved ones in a similar way. “The whole thing with hazing at Penn State was in my mind and now it happened and hit home,” he said.

“I cannot understand why a fraternity can’t have a sit-down dinner, maybe some alcohol, for a greeting. But why do they have to do the kind of hazing they do? I will never understand,” he added. “Now I lost a grandson through it.”

LSU President F. King Alexander said it’s too early to say whether Max Gruver died from a hazing incident, but that the death was under investigation and all Greek life activities were temporarily suspended. “I want to emphasize that this is an evolving situation,” he said in a statement, adding that the death was “tragic and untimely.”

The coroner on Friday released preliminary autopsy results, which indicate Gruver had a “highly elevated” blood alcohol level and marijuana in his system when he died. There were no signs of internal or external trauma on the teen’s body but the coroner said there was swelling in his brain and lungs.

“We were close. The family was so close,” he said. “I will be grieving the rest of my life.” 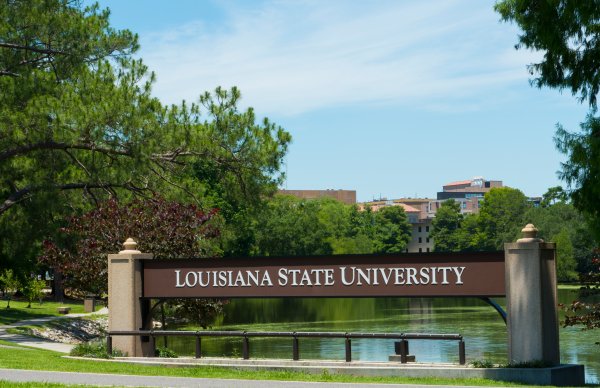