Felsenthal, 51, will be TIME’s 18th editor since the magazine was founded in 1923. He will succeed Nancy Gibbs, who announced her departure on Tuesday. “We’re in one of the fastest moving, complex and incredible news cycles of our lifetimes,” Felsenthal said. “Even as we vastly expand our video and digital journalism, we’ve seen that our print magazine is more relevant than ever.”

Since Felsenthal became TIME’s digital editor in 2013, he has overseen a major expansion of TIME’s global footprint, including establishing a 24/7 news and video operation. In 2016, Felsenthal became the Digital Director of Time Inc.’s News and Lifestyle groups, which allowed him to grow digital operations across other TIME Inc. brands, including Fortune, Southern Living, and Health. Before he came to TIME, Felsenthal was the first Executive Editor of the Daily Beast and Deputy Managing Editor of the Wall Street Journal.

“He understands the social media environment, the visual enterprise environment, the immediate 24/7 metabolism of a daily news site, but he can also step back and conduct a deep conversation about longer issues that we can put on the cover this week,” said outgoing TIME Editor-in-Chief Nancy Gibbs. She said Felsenthal has been her “partner” since he came to TIME. “You need to have those long range ambitions and these short-term muscles, and Edward has both.”

“Edward has the perfect skills and experience to lead TIME into its next, exciting era. He has impeccable credentials as a journalist, he has proved his chops in both print and digital, and he has demonstrated his ability to provide TIME’s unique and powerful form of storytelling to audiences on whatever platform they choose,” said Alan Murray, Time Inc.’s chief content officer. “There is no better choice to lead TIME through the next phase of its transformation.”

Felsenthal points to the multi-platform journalism of the last few weeks created by TIME as an example of what he hopes the publication will accomplish moving forward. He describes the coverage of the violent protest in Charlottesville as a “demonstration of the connectivity between our digital and print arm,” which resulted in “one of the most resonant print magazines in recent years.”

Less than a week later, TIME’s coverage of the Solar Eclipse reached 9 million people, including more than 1 million viewers on a 3-hour broadcast, a live 360-degree video experience, two reporters flying a plane through the event, and an interactive news story that became the single most viewed story in TIME’s history. TIME’s ambitious FIRSTS project, published on Sept. 7, included dozens of videos, 12 separate covers, a book, and a live event. “I think you can look at the last few weeks to get a sense of where we’re going,” Felsenthal says.

While maintaining a commitment to a print magazine, TIME’s digital reach has grown notably under Felsenthal’s leadership. In August 2017, TIME reached a record audience, finding more than 60 million unique visitors, a 37% year-over-year increase and the most traffic for any month in the brand’s history. TIME’s reach of readers on social media has increased five-fold in Felsenthal’s tenure, to more than 50 million followers, and video production has increased tenfold. TIME’s “A Year in Space” documentary project was nominated both for a primetime Emmy and a news and documentary Emmy. Another documentary called “The Mars Generation” was released on Netflix in 2017. Felsenthal says TIME is on track to reach a billion video streams this year across all platforms.

“We want to do more projects that use all of our muscles, all of our storytelling techniques and platforms,” he says, adding that the future will include “more high impact, multi-platform journalism and documentary work that builds on our access and talent.” 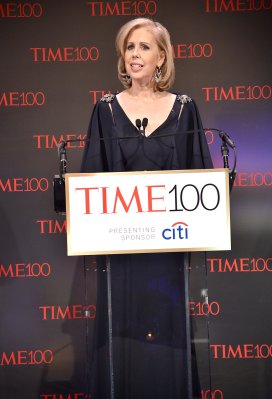 Nancy Gibbs to Leave TIME After 32 Years
Next Up: Editor's Pick