A Marine is set to be booted from the service after he was arrested at a pro-Confederate rally, where he allegedly helped unfurl a banner that displayed a white supremacist slogan.

Staff Sgt. Joseph Manning was arrested in Graham, N.C. on May 20, charged with a misdemeanor of first degree trespassing. He could face up to 60 days in jail along with his removal from the Corps, according to trade publication Marine Corps Times.

Manning, who at the time was stationed at the Marine Corps Engineer School at Camp Lejeune about 200 miles from Graham, is accused of scaling a building with fellow serviceman Sgt. Michael Chesny and unfurling a banner with the acronym “YWNRU,” according local paper The Times-News. The letters apparently stand for “You will not replace us,” which is the slogan for white nationalist group Identity Evropa.

Manning and Chesny were back on active duty as of June 4, the Daily Beast reported, but an internal investigation verified the allegations and the Corps is now in the process of “administratively” separating Manning from the military branch, Capt. Joshua Pena said, according to the Marine Corps Times.

Chesny has been disciplined but is still an active member of the Marine Corps, a spokesman told the publication. Chesny and Manning are scheduled for court in Graham on Oct. 10 where a formal decision could on their fate could be made.

The reason for the discrepancy between the two Marines’ punishment is not clear. The Corps did not immediately respond to a request for comment.

Manning joined the Marine Corps in 2002 and has been decorated with a Purple Heart, Combat Action Ribbon, Iraq Campaign Medal and Afghanistan Campaign Medal, according to the Marines Corps Times. 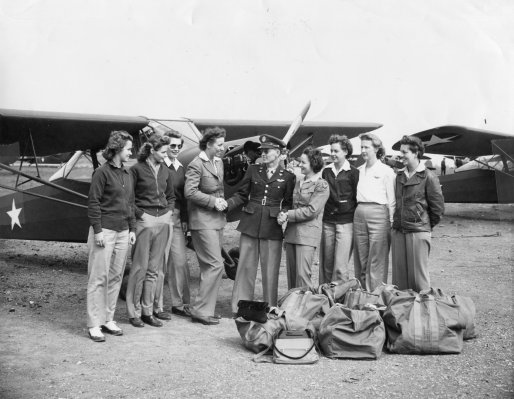 The Hidden Risk Faced by Female Pilots During World War II
Next Up: Editor's Pick