When you think about the health risks of getting a tattoo, problems that reveal themselves right away come to mind—like infections and allergic reactions. Now, one later-in-life consequence should worry you, too. Toxic particles from tattoo ink penetrate beneath the skin and travel through the body, and that may have implications for long-term health, according to a small new study.

Writing in the journal Scientific Reports, German and French scientists describe their finding during autopsies of four individuals with tattoos: Using X-ray fluorescent technology, they were able to identify nanoparticles of titanium dioxide, a common ingredient in white and colored tattoo pigments, in those individuals’ lymph nodes.

The role of the lymphatic system, which the lymph nodes are a part of, is to remove toxins and impurities from the body. So it makes sense, the researchers say, that the lymph nodes would collect some of the ink particles injected into the skin. In fact, they wrote in their paper, “pigmented and enlarged lymph nodes have been noticed in tattooed individuals for decades.”

MORE: Are Tattoos Bad For You?

But their new discovery that ink particles are found in the lymph nodes at nanoparticle sizes (smaller than 100 nanometers in diameter) is especially disturbing, they say. Particles that small can behave differently in the body and pose different health threats.

Even in non-nanoparticle form, tattoo inks made with titanium dioxide (especially white pigments) have been linked to problems like delayed healing, skin elevation and itching. In addition to titanium dioxide, the researchers also found a broad range of other tattoo-related nano-scale chemicals in the lymph nodes, as well.

To be clear, the research does not provide evidence of any specific health problems that could be linked to tattoos. But it’s one of the first studies to show that nano-scale pigments—some of which are made of toxic elements and preservatives—do migrate and accumulate within the body. And the authors point out that chronic health effects, like the development of cancer, are difficult to link to events like tattoos, because they only emerge after years or decades of exposure.

MORE: Armpit Tattoos Are a Surprising New Trend—But Are They Safe?

More research is needed to further understand the true implications of these findings, they scientists say, and to develop guidelines for safer tattoo procedures. For now, if you’re thinking of getting inked, know that a lot of unanswered questions exist, says first author Ines Schreiver of the German Federal Institute for Risk Assessment.

“It is important to know that there is not much regulation on tattoo inks in the world that would allow one to state that tattoo inks are generally safe,” Schreiver told Health via email. “The ingredients have never been approved for the injection into skin, and there is a significant lack of data to explain the so far known side effects like allergies and granuloma formation.”

“There might be more risk associated with tattoos then the ever increasing trend of tattooing might imply,” she added. “People should be aware of the unknown risks that might come along with tattooing, rather than presuming that the colors are safe.” 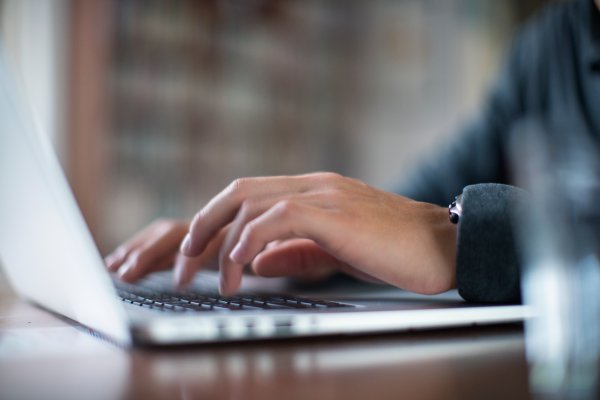 You Asked: Can Using a Laptop Make You Infertile?
Next Up: Editor's Pick