This Is How to Pronounce the iPhone X

Apple just released a new line of iPhones, including a special model with extra features to mark the smartphone’s 10th anniversary.

The announcement came with a few surprises, including the decision to skip over the “S” model upgrade by going from the iPhone 7 and 7 Plus to the iPhone 8 and 8 Plus. However, the biggest unveiling came when Apple CEO Tim Cook introduced the iPhone X. And the name left some people wondering: How do you pronounce the “X” in iPhone X?

Apple intends the “X” to be the Roman numeral for 10, meaning the model name is pronounced as if you were saying the “iPhone 10.” The X marks the 10th anniversary since the first iPhone came out in 2007.

Apple made sure it the special edition iPhone stood out. The iPhone X broke with 10 years of design by including an edge-to-edge screen, which eliminated the home button. It also comes with facial recognition, an upgraded camera, a “super” retina screen and better battery life.

This isn’t the first time Apple faced some confusion over pronunciation. There were some similar questions back in 2001 when Apple released Mac OS X — which is also pronounced as “10.” 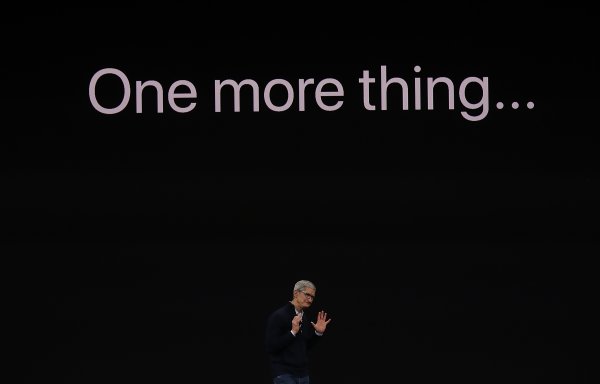 Watch the Highlights of Apple's iPhone Announcement in 3 Minutes
Next Up: Editor's Pick