At least 39 people in seven states have been sickened by a bacterium called Campylobacter. The surprising source of the outbreak? Pet-store puppies, apparently. All of the humans who became ill are either employees or recent customers of Petland stores in Florida, Kansas, Missouri, Ohio, Pennsylvania, Tennessee, or Wisconsin—or they had recently visited a home with a puppy sold through the chain.

We know what you’re thinking. It’s bad enough to hear about bacterial outbreaks traced back to the food we eat or the water we swim in. Now we have to worry about cuddling with cute baby animals, too?

To learn more about the outbreak—and the basics of dog-to-human illness transmission in general—Health spoke with Craig Altier, professor of population medicine and diagnostic science at Cornell University College of Veterinary Medicine. Here’s what he wants everyone to know.

Campylobacter infections are unpleasant for people

Most people who become ill with campylobacteriosis get diarrhea, cramping, abdominal pain and fever within two to five days of being exposed to the bacteria, according to the Centers for Disease Control and Prevention. (Some people don’t have any symptoms at all.) Nausea and vomiting can also occur, and the illness usually lasts about a week.

Most cases of campylobacteriosis aren’t life-threatening—but they can be very serious for people with compromised immune systems, children under 5, adults 65 and older, and pregnant women. Rarely the disease can lead to Guillain-Barre syndrome, a neurological disorder that can cause paralysis.

The current outbreak has hit individuals of all ages, from infants to the elderly, and 72% are female. No deaths have been reported, but 23% of the people reported ill have been hospitalized.

It can be transmitted through dog poop

The most common way people get sick from campylobacter is by eating contaminated food, says Altier. “It often comes from eating undercooked chicken, because chickens can carry this bacteria in their gut but not get sick from it,” he says.

Dogs can carry campylobacter as well, he adds, especially puppies. And while it’s a much less frequent way of transmission, it is possible for people to “catch” the infection by handling dog feces (or something contaminated with dog poop) and then touching your mouth or face.

“Fecal matter is all over an animal and its environment, so you can certainly get [the infection] even if you’re not directly handling animal waste,” says Altier. “And the more bacteria being produced by the gut, the more risk there is handling and being around the animal.”

Symptoms in dogs can be mild

Most dogs infected with campylobacter do show some symptoms, says Altier. “They might get a little diarrhea, but the illness is usually mild,” he says. “It can be hard to spot, because puppies can get diarrhea from all kinds of things, like stress or a change in diet.”

When looking for a dog to buy or adopt, the CDC recommends choosing one that is bright, alert, and playful, with shiny, soft fur that is free of poop. Once you’ve got your pet home, says Altier, call the vet anytime he or she has unexplained diarrhea. “It may be something that can’t be transmitted to humans, like an intestinal parasite, but it could also be this,” he says.

Pet-store animals may be at higher risk

All puppies, no matter where they’re from, can carry campylobacter. But living in a pet-store environment likely increases a young dog’s chance of contracting the infection, says Altier. “It’s a perfect storm for infectious disease,” he says: “You have young animals in stressful conditions—like being moved from kennel to pet store—and often they’re being mingled together in close quarters.”

Scientists still looking for the exact source of the current outbreak. But testing so far has shown that bacteria samples isolated from the stool of puppies sold through a Petland store in Florida were closely related to bacteria from the stool of a sick person in Ohio.

In a statement, Petland said it is fully cooperating with the investigation, and that “the CDC has not identified any failures of Petland’s operating system that would lead to any campylobacter infection.” Petland is the only national source of puppies that can trace a puppy back to its original kennel, the statement added, and the company “takes the health and welfare of our pets, our customers and staff very seriously.”

Humans can get other illnesses from pets, too

Campylobacter isn’t the only bacteria that can be passed from dogs to humans, although “there’s only a small list of organisms that are,” says Altier. Salmonella is another pathogen that can live in an animal’s gut and can be transmitted through contact with fecal material. Fortunately, these cases are also fairly uncommon.

Dogs can also catch the flu, although they get different strains of the virus than humans do. Infectious disease experts worry that canine flu could one day mutate and become contagious for humans—the way bird flu and swine flu have in the past. But this hasn’t happened yet.

As for the other way around, experts say it’s extremely rare for humans to pass illnesses to dogs. So even though it’s a good idea to avoid close contact with other people when you come down with a cold or flu, experts say it’s still safe to snuggle with your canine companion.

If you play with puppies, wash your hands ASAP

Anyone who handles dogs in pet stores—whether they’re working there, shopping for a potential pet, or just getting a much-needed dose of puppy love—should wash their hands with soap and water or use an alcohol-based hand sanitizer immediately afterward, says Altier. “That’s a really good practice anytime you’re around animals, whether it’s a pet store in the mall or a petting zoo,” he says.

To protect your own pet, Altier recommends feeding dogs a healthy diet, getting them plenty of exercise, and avoiding stressful environments whenever possible. “They’re going to be less susceptible to infection if they are otherwise healthy and happy,” he says. 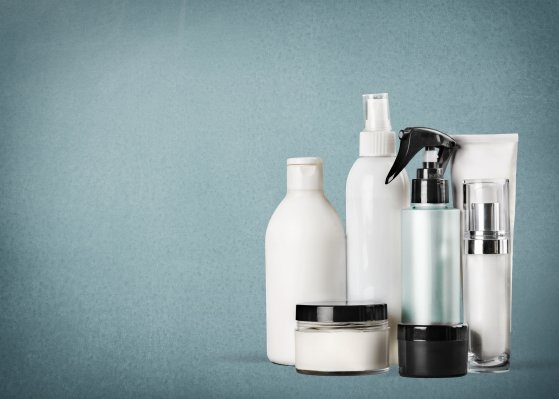 Most Moisturizers Marketed as Hypoallergenic Actually Aren't
Next Up: Editor's Pick