Eric Trump, the 33-year-old son of President Donald Trump, and his wife Lara, 34, have welcomed the arrival of their first child, Eric “Luke” Trump, the new father announced Tuesday.

“.@LaraLeaTrump and I are excited to announce the birth of our son, Eric ‘Luke’ Trump at 8:50 this morning,” he wrote on Twitter shortly after noon.

The newest member of the Trump family is the President’s ninth grandchild, joining the five children of Donald Trump Jr. and his wife Vanessa, as well as Ivanka Trump and Jared Kushner’s three kids.

Eric Trump first announced the news of his wife’s pregnancy back in March. 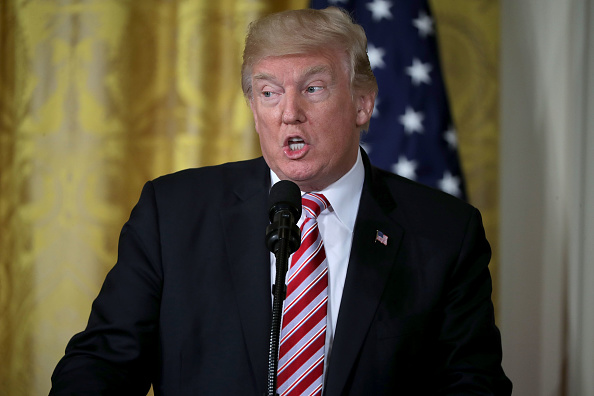 Donald Trump Loves to Talk About His 'Good Genes'
Next Up: Editor's Pick