Hurricane Irma’s death toll continues to rise as the powerful storm made landfall in Florida Sunday morning, after the hurricane previously devastated a number of islands across the Caribbean.

At least 24 people died as the storm hit the Caribbean last week, according to the Associated Press. Dutch Prime Minister Mark Rutte said Sunday that two more people died in St. Maarten, where the storm destroyed 70% of homes.

It is unclear if any deaths have come as a result of the storm in Florida as of Sunday afternoon. About 127,000 people in the state have evacuated their homes and are staying in shelters, according to the AP.

Irma’s final cost in life and property will remain uncertain until the storm passes and recovery efforts can begin.

Hurricane Irma, once the most powerful Atlantic hurricane in recored history, was downgraded to a Category 3 storm on Sunday afternoon, according to the National Hurricane Center. However, it’s still expected to bring life-threatening flooding, winds and storm surge across Florida and possibly beyond.

Hurricane Irma caused major destruction late last week and into the weekend when it hit a number of Caribbean islands, including Saint Martin, Saint Barthelemy, Antigua and Barbuda, Puerto Rico, Anguilla, Saint Kitts and Nevis and the British and U.S. Virgin Islands. In Barbuda, 95% of the buildings were damaged, leaving at least half the population homeless. The storm also moved through Turks and Caicos, Cuba and the Bahamas, where the eye of the hurricane sucked up ocean water, leaving some shorelines temporarily dry.

There are a number of ways to help those impacted by Hurricane Irma, including by donating to organizations helping with relief efforts, supporting individuals through verified crowdfunding pages or volunteering.

As Irma continues to cause destruction, residents in southeast Texas and Louisiana are recovering from the impact of Hurricane Harvey, which caused catastrophic and record-breaking flooding. At least 70 people in Texas died as a result of the storm. 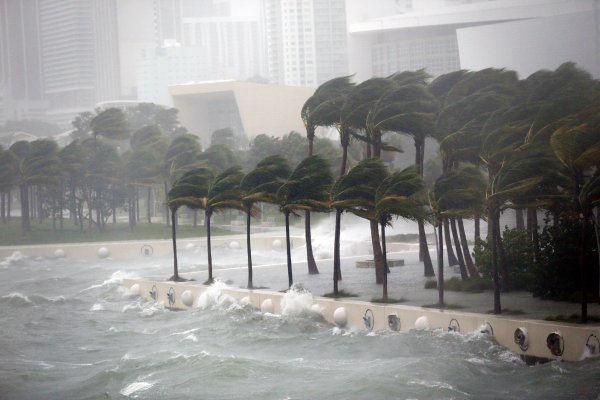