As Apple’s next-gen iPhone looms along with the promise of vastly improved augmented reality apps (the so-called iPhone 8 or iPhone X may be revealed at a September 12 Apple event), it’s worth recalling one of the modern tech industry’s greatest debacles, Google Glass. Glass was rival Google’s bid to put a lightweight computer on your face four years ago. I paid $1,500 for a pair, and was subsequently quoted by multiple publications as saying it was one of the worst purchases I’ve made in my life.

I pulled the trigger for research purposes, but I’d wager pretty much everyone else who bought Google Glass came to the same conclusions after dropping that sort of money on what amounted to a worthless prototype. I chided Google at the time for offering prototypes broadly at any price, as they weren’t close to being ready for prime time.

Google’s head-mounted display proved that glasses of this type, even with dedicated software, held little value for consumers, to say nothing of the fact that they made buyers look like geeks—or worse, given the glasses’ ability to photograph or film others unnoticed, latent voyeurs. Google Glass was banned from movies theaters, bars and others public places, and was pretty much shamed by the broader public. Google eventually took its headset off the market, after barely a year of availability.

Four years later, the demand for similar glasses has shifted to vertical markets like the military, transportation and other industrial complexes. Outside the niche headset market, which is currently focused on wraparound but more or less stationary virtual reality experiences, I don’t see computing glasses appealing to consumers for many years. The good news is that some great glasses are being designed for use in these vertical markets now, from companies like Vuzix, Epson, Meta, ODG and others. I am also seeing serious software created to support them from companies like Atheer, whose augmented reality focused Air Enterprise software delivers a set of applications that can be customized for use with purpose-built smartglasses today.

I still have reservations about glasses or goggles becoming a mainstream product given the obstacles to mainstream adoption. We’ve seen neither the right low-key technology nor a user interface intuitive enough to power smartglasses that I believe would entice a sufficient number of consumers to catalyze an adoption wave. That said, I do believe that sometime in the next five to 10 years, eyewear of some sort will become an extension of our digital user interfaces.

But for that to happen, and for these glasses to become useful beyond the vertical markets they’re poised to colonize over the next two to three years, some important things have to change.

The first, most obvious thing we need is technology that can deliver visual information to relatively ordinary looking glasses. The computing components need to be invisible in the sense that these smartglasses would look like regular glasses that just happen to be on digital steroids. We don’t have the optics and types of displays capable of operating in this form factor now, and I don’t know when we’ll see them, making this point the highest adoption barrier at the moment.

The second thing we need is a set of software tools to create applications optimized for glasses and hands-free gestures as well as voice actions to control them. The public will never accept having to navigate a digital world by way of fiddly controls like a touchpad on the glasses themselves. We will thus need to see significant hardware and software advances in processing power miniaturization to accommodate semantic (and highly accurate) voice controls, gesture signaling and other hands-free tools if glasses are ever to be accepted by a broad demographic.

The third and perhaps most vital longterm change will involve these glasses supporting applications compelling enough to make their usage as indispensable as scanning the weather, news or social networks on our smartphones today. This is where Apple stands to have the most impact over the next two to five years. Apple’s introduction of ARKit, its new mobile platform for iOS 11 designed to make developing augmented reality apps easier, is set to revolutionize the user experience on the iPhone and iPad. ARKit and the applications it stands to engender will begin acclimating Apple customers to the notion of mixed reality, including the use of voice and gestures to drive augmented reality experiences on iPhones and iPads.

Over the next two to three years, I expect Apple to evangelize the idea of augmented reality (abstract reality enhancement) and mixed reality (intermingling real and virtual objects), getting their customers not only used to using these apps on an iPhone and iPad, but driving demand for augmented and mixed reality content beyond slates and smartphones. We know that Apple has multiple glasses patents in the works, and if it’s able to use the next two to three years to whet consumer appetites, it sets up a glide path to transition those users to some sort of glasses driven by Apple’s user interface expertise.

Google has hardly given up on glasses, of course, though their newest versions are focused on the vertical markets mentioned above. But Google is as interested as Apple in bringing augmented reality to its Android phones, and just introduced its own ARKit rival, dubbed ARCore, and surely designed to get its own customers ready for the looming wave of augmented reality and mixed reality applications. Google’s participation in this dance will further train the market for the arrival of smartglasses that can finally check all the boxes I’ve listed above.

I have no doubt that someday smartglasses will become an extension of the broader consumer digital experience, but there’s a lot of track to lay before consumers are ready to hop onboard. Whatever crazy-cool augmented reality demos Apple trots out at its imminent September 12 iPhone event, don’t expect to see smartglasses gobbled up by consumers anytime soon. 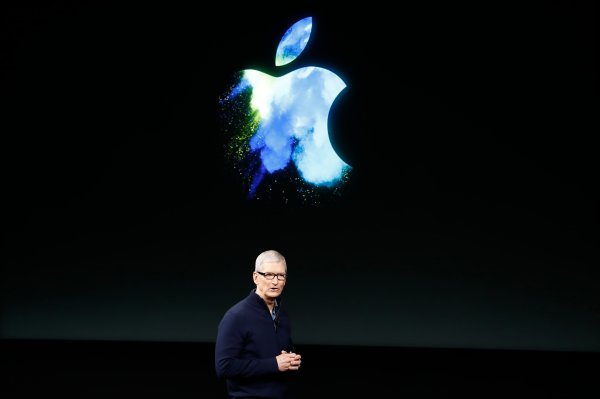 Everything We Know About Apple's New iPhone
Next Up: Editor's Pick