It’s iPhone day, the annual non-holiday where smartphone addicts cozy up to Apple’s keynote to find out what the touchscreen fairies are bringing good little fanboys and girls. If you’re like me, you’ve been waiting with especially bated breath, because your handset is several years old, loses power faster than an overthrown dictator and inexplicably smells like fish tacos. In other words, it’s upgrade time, baby, and we all deserve the latest and greatest.

This time around, however, Apple’s top-of-the-line iPhone will probably be more expensive than in years past. In addition to trumpeting an exciting array of new features, the rumor mill has been spinning claims that Apple’s next must-have handset could cost as much as $1,000. That’s 147 pieces of avocado toast! And like that mortgage-busting breakfast option, the question everyone has about the new iPhone is: Will it be worth it?

Here, absent final specs, are four reasons I think it will be, and one reason it won’t.

The first is a matter of economics. Most people don’t remember this, but when Steve Jobs revealed the first iPhone, the device’s steep $599 price tag was practically bigger news than its beautiful 3.5-inch, 320-by-480 pixel screen. (I remember what a big deal this was, because I was gifted one by a very generous family member.) In 2017 dollars, that handset would cost $707 — but that’s not the whole financial story.

Apple’s first-ever iPhone was introduced on January 9, 2007 and released at the end of the following June. In the interim, the world (which had been used to paying around $99 for cellphones) went crazy speculating about whether anyone would actually buy the thing. But just five days after the iPhone was released, Apple had sold one million units. The takeaway: people will pay big for a new gadget if it’s extraordinary enough.

Second, the new iPhone is rumored to have exciting new features that more than offset the $300 difference between the original iPhone’s adjusted cost and the new one’s potential price tag. Some people are moonstruck over the possibility of slender bezels, a full-frontal touch screen and a disappearing home button. But to me, the only thing that truly matters with any new iPhone is how I’ll use it. In that sense, Apple’s 10th anniversary iPhone will reportedly be more powerful than anything you’ve clutched to browse Instagram or Facebook while using the toilet at work. (And like the iPhone 7, this new iPhone should be waterproof, too.)

Beyond its big, beautiful slab of uninterrupted glass, the most valuable features on the new iPhone will be its updated cameras. On the front, the FaceTime camera will likely be better than ever (because it almost always is). Leaked schematics say the front-facing camera will be accompanied by new expression detection technology and something called “ARFaceAnchor,” which is a short way of saying “Snapchat filters for the rest of us.” If you want to send a video of your face morphing into the heart eyes emoji to your special someone, you may be able to do that with a simple text message and not a social networking app. (All while keeping your mug off social media? Priceless.)

That sounds fun, sure, but there’s a practical purpose behind beefing up the FaceTime camera. To keep the new phone’s front seamless, Apple reportedly ditched the old, mechanical Home button, replacing fingerprint scanning with facial recognition to unlock the device. Creepy? Maybe. But winter is coming, and having artificial intelligence scan your mug to hail an Uber works far better than having to take your mittens off to thumb your Touch ID sensor in the middle of a blizzard. Even more important: My young ones look nothing like their old man, so in this new iPhone, I’ll finally have a mobile phone smart enough to keep my kids locked out.

Apple’s new iPhone will probably have a better quality back-facing camera, too. The rumor mill expects it to be capable of shooting 4K video at 60 frames per second (up from the current top-end 4K at 30fps), perfect for capturing my little one’s first steps, my oldest’s first home run, or my neighbor’s sad attempts at parallel parking. The new iPhone is also rumored to have some sort of “smart cam” technology, essentially an A.I.-powered version of automatic exposure that instantly optimizes for different subjects like babies, fireworks, snow, sunsets or documents. People don’t buy point-and-shoot cameras anymore, but if they did, they’d easily drop several hundred bucks for something decent. So why not justify the outlay on an improved iPhone camera instead?

The third reason the new iPhone will be worth its price is because buying the most powerful Apple device you can afford is almost always the best policy. In the near term, buying a higher-powered iPhone will give you better computing power, whether it comes from a faster processor, a bigger stack of memory chips, or even a better camera. And in the long term, when you eventually resell that handset to upgrade to whatever Apple dreams up next, you’ll get more money in return than if you bought the basement level version. Think about it. If you were in the market for a used iPhone today, which would you rather buy: an iPhone 7, or an iPhone 6s?

If you opt instead to hold onto your once-mighty handset, it’ll be even more useful than an underpowered model. When I upgrade gadgets like tablets and computers, I almost always sell my old models on eBay, but never smartphones. With all the personal data they now collect, to say nothing of all the clever alternative things you can do with an old iPhone, they’ve become too valuable to pawn.

The last reason the new iPhone will undoubtedly be worth its price is that all its newfangled features combined will turn it into a powerhouse for Augmented Reality. Long-hyped by Apple, AR promises to give us new ways to look at (and interact with) the world. How exactly that pans out is going to depend on the apps themselves, but peeks at what developers are up to have been delightful. And delight is exactly what we need right now. Anyone who’s been lucid through 2017 knows how depressing Standard Reality has become. And blowing an insane amount of money on a life-optimizing gadget is a well-known way to make yourself feel better. In theory, with AR we’ll finally be able to visualize exactly why.

Lest you think I’m not eyeing this new iPhone’s potential price premium critically enough, there’s one great reason Apple’s next-gen mobile won’t be worth its cost. When I told my wife how much money I was squirreling away for this purchase, she replied, “That’s wrong.” And you know what? She’s right.

$1,000 is a lot of money for a computer these days, let alone a phone. In real world terms, the new iPhone will cost the equivalent of seven weeks of groceries for my family, a half month of daycare for my kids, four months of minivan payments for the missus, or nearly 12 seasons of the Red Sox on MLB.TV. Try as I may, it’s hard to argue with those numbers.

So, I won’t argue — I’ll buy. Besides, if price isn’t a question and the rumored features are in the ballpark, all that’s left to wonder is what Apple’s planning to call its new flagship handset. iPhone 8? iPhone X? iPhone Pro? iPhone Edition? They’re all in the running.

Considering the cost, I’m partial to a little truth-in-adverstising, say “iPhone Grand.” But since Apple’s marketing wizards are probably going to bury the lead, and given how scarce availability may turn out to be, I’ll be happy just to call it “mine.” 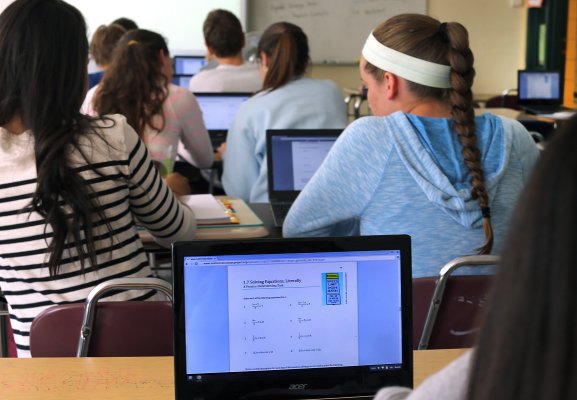