The Trump Administration has decided to phase out Deferred Action for Childhood Arrivals, or DACA, the Obama-era program that has shielded almost 800,000 immigrants from deportation for the past five years.

“The program known as DACA that was effectuated under the Obama Administration is being rescinded,” Attorney General Jeff Sessions said Tuesday.

At the Department of Justice, Sessions said the program allowed immigrants to take jobs that would have otherwise gone to Americans and contributed to a surge of young undocumented immigrants across the Southern U.S. border. Those who crossed the border during the 2014 surge would not have been eligible for DACA.

The threat of legal action against DACA by Republican attorneys general from nine states pushed the Trump Administration to come to a decision on the Obama-era program.

In a letter to Acting Department of Homeland Security Secretary Elaine Duke on Monday, Sessions concluded that the program was an “unconstitutional exercise of authority by the Executive Branch” and would not likely withstand the pending legal challenge because it’s similar to a program that would have protected parents that failed to withstand a court challenge.

Sessions recommended that instead of leaving the fate of the program up to chance, the administration begin rolling back the program. Based on that guidance, the Secretary Duke issued a memo on Tuesday rescinding the 2012 memo that created the DACA program and outlining the ways in which the program will be phased out. In a statement, Duke said the decision to terminate DACA was not “taken lightly,” but given the options they were faced with, the administration chose the “least disruptive option.”

Current recipients whose DACA is set to expire by March 5, 2018, will have until Oct. 5, 2017, to submit renewal applications to the federal government. Otherwise, those without DACA status and those who did not submit initial applications by Sept. 5, 2017, will not be eligible for the program. Applications that have already been submitted that expire beyond March 5, will also be adjudicated on a case-by-case basis, according to DHS officials. Pending requests submitted by the deadline will be considered under the same parameters as outlined under the now-rescinded June 2012 memo that established DACA.

As DACA recipients’ benefits expire, so will protections keeping them from being deported by immigration authorities. Department of Homeland security officials said Tuesday expiration does not mean immigrants will automatically be considered criminal aliens, who are the highest enforcement priority, but at that point they will be at risk of deportation. Officials also said there has been no change to policy that determines what information DACA recipients provide to U.S. Citizenship and Immigration Services is shared with immigration enforcement.

The Trump Administration is calling on Congress to use the six-month delay to develop a policy that could protect so-called Dreamers, who have benefited from the program.

“This is not a little matter, ending the previous administration’s disrespect for the legislative process is an important first step,” Sessions said. 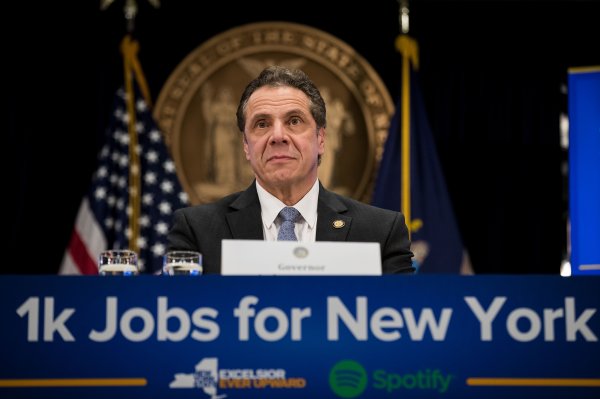 States Vow to Sue If Donald Trump Ends DACA
Next Up: Editor's Pick