John McCain bemoans the state of Congress and criticizes the President in a new op-ed, calling Donald Trump “poorly informed” and “impulsive.”

In a piece published in the Washington Post Thursday, days before Congress returns from its August recess, the Republican Arizona senator says the legislative body has begun to “lurch from one self-created crisis to another.”

“We are proving inadequate not only to our most difficult problems but also to routine duties,” he continues. “Our national political campaigns never stop. We seem convinced that majorities exist to impose their will with few concessions and that minorities exist to prevent the party in power from doing anything important.”

He argues that Trump’s presidency has made a well-functioning Congress even more necessary.

“Congress must govern with a President who has no experience of public office, is often poorly informed and can be impulsive in his speech and conduct,” McCain writes. “We must respect his authority and constitutional responsibilities. We must, where we can, cooperate with him. But we are not his subordinates.”

At the end of July, days after being diagnosed with brain cancer, McCain cast a deciding vote to sink the Republican health care bill. At the time, he called for a return to regular order in the Senate, which he echoes in this new piece.

Read the rest of his op-ed here. 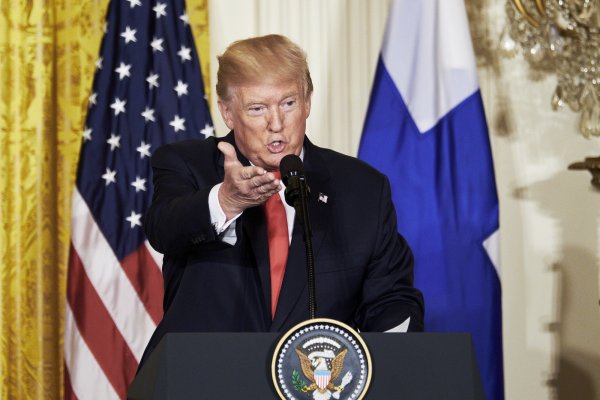 Here's How Congress Might Change Your Taxes
Next Up: Editor's Pick