The iOS 11 Features We're Most Excited About

iOS 11, the latest version of Apple’s mobile operating system currently in beta and due this fall, is full of new capabilities and features designed to make iPhones and iPads feel zippier and further streamlined. To highlight just two: iPhone owners will no longer have to dig through their photo gallery to send or edit a screenshot, and the iPad’s multitasking sidebar can now be moved to the other side of the screen.

Other changes are more than mere convenience-boosters, too. A few additions aim to change the way users interact with apps, while others make the iPad better-equipped to function as a laptop replacement. Here’s a breakdown of the features we’re most excited to see.

Siri is getting a huge makeover

Apple’s popular voice assistant is getting a major makeover in iOS 11. The most noticeable change will be its new voice, which now sounds more natural and less robotic. But it’s really what’s going on behind the scenes that’ll make the biggest difference in ease of use, with Siri now reacting to activities like web browsing or texting with deeper contextual information. When receiving a message that says something like “Where are you?” or “What time will you get here?” Siri will suggest sending the recipient’s estimated time of arrival by using data from Apple Maps. Similarly, when reading a web page in Safari, Siri will pull up related terms if the user taps the browser’s search bar.

Second, Siri will also finally be able to translate languages in real-time, starting with support for converting English to French, German, Spanish, Italian or Chinese. A play button sits beside the results, offering a handy option to replay or listen to a translation while on the go. And third, instead of showing a single answer when Siri responds to a question, the digital helper will also offer an additional set of related items with the results.

Altogether the changes should help Siri catch up to Google’s virtual assistant, which has long outshone Apple’s. The capabilities of these evolving virtual butlers couldn’t be more important as companies like Google, Amazon, Microsoft and now Apple race to place digital helpers in everything from living rooms to cars.

Augmented reality is set to make a splash

When iOS 11 launches this fall, a slew of apps that use the iPhone’s camera in new ways are coming to the App Store. That’s because Apple’s new iPhone and iPad software will support apps built on Apple’s new augmented reality platform, called ARKit. Augmented reality is a way of describing software that uses a device’s camera to create the illusion of blending the real world with digital elements, making it seem as if objects are appearing on real-world surfaces. Though iOS 11 has yet to launch, developers have been toiling to create apps that showcase its dramatic new possibilities.

So far, these include a version of Eric Carle’s iconic children’s book The Very Hungry Caterpillar that brings the eponymous tiny creature into the user’s living room, as well as new games that take advantage of the player’s surroundings. If these types of apps catch on, ARKit could help usher in a new wave of apps that make smartphones better at real world tasks, such as functioning as a ruler or providing a means of seeing whether new furniture will fit in a room.

File management is getting way better

Anyone who’s used Apple’s tablet for getting work done has probably cursed its lack of a desktop-equivalent access tools. Apple’s new Files app should help compensate for this by giving the iPad a central hub for documents and files. The Files app allows users to pin folders from their cloud service of choice, while also housing files stored locally on the tablet in a single app. It should give the iPad a much-needed productivity boost when compared to Microsoft’s Surface tablets, which have long been capable of running full desktop Windows apps.

Apple Pay is coming to your iPhone’s messaging app

Apple Pay isn’t just for making purchases in-store or online anymore. Come this fall, iPhone and iPad owners will be able use it to send money through iMessage. It’s similar Venmo, PayPal’s mobile payment service, but potentially more useful for those trying to reach friends and family members who own an iPhone but don’t want to futz with a new app. Apple also offers a couple of helpful perks: Funds received from these transactions can also be used anywhere Apple Pay is accepted. And since it’s integrated into the Messages app, users can tap any monetary amount mentioned in the conversation to instantly kick off a new transaction.

App performance is about to get faster and smarter

Artificial intelligence is already present in iOS, but Apple is adding tools that make it easier for developers to integrate the technology into their own apps. That should mean faster performance in apps, especially where image recognition is involved. In a demo of the dieting app Lose It on an iPhone running iOS 11, for instance, I noticed that the app was able to quickly identify a bunch of carrots after snapping the photo. Or take apartment hunting app PadMapper: When creating a rental listing, the app uses image recognition to help choose the best cover photo, and it’ll automatically list amenities it spots in the image, like a dishwasher or washer and dryer. It’s one of those subtle-but-potentially-game-changing things that could significantly improve app efficiency and accuracy if developers implement the new technology in clever ways. 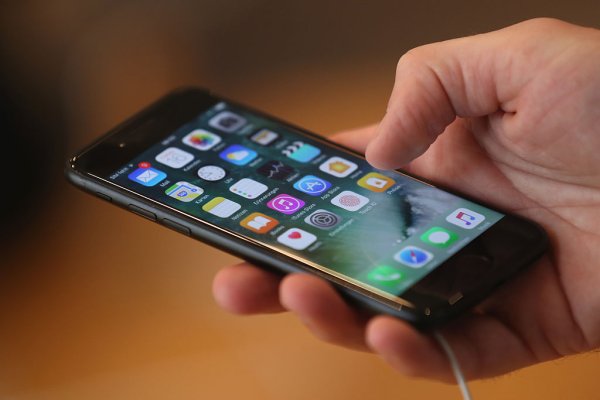 Everything We Know About Apple's Next Big Phone
Next Up: Editor's Pick