The seventh season of Game of Thrones has officially come and gone. And with the premiere date for the show’s eighth — and final — season rumored to be set for 2019, it’s time for fans to strap in for a long hiatus. However, that just means there’s plenty of time to theorize about every single detail from the past seven episodes.

To get you started, here are 10 lingering questions we have after watching the finale.

What’s the deal with that ice dragon?

With the help of an undead Viserion, the Night King was able to not only cross the Wall, but cause a large section of it to collapse in on itself. But fans still have questions about how this actually happened.

In George R.R. Martin’s A Song of Ice and Fire series, ice dragons are described as breathing cold rather than fire. However, it appeared as though wight Viserion was blasting the Wall with blue flames — a detail that the finale’s director, Jeremy Podeswa, confirmed in a recent interview.

“It’s funny because people really accepted the green fire [of wildfire], which burned down the Sept [of Baelor] and the sea battle in the earlier season,” he told Winter Is Coming. “I think that fire can have many different manifestations. I think that the ice dragon fire is clearly still fire because it does melt the Wall and tear it down, but it had a particular quality because it’s coming from an undead dragon. So what the chemical nature of that is and the chemical nature of fire would actually be different coming from a non-sentient being…But obviously, an ice dragon is going to have an icy kind of fire but it’s still fire.”

Unfortunately, that still doesn’t explain how Viserion’s flames were able to nullify the magic protecting the Wall.

How will Cersei’s pregnancy play out?

Assuming Cersei really is pregnant — which some fans are yet to be convinced is the case — then what’s going to happen with the baby? If Maggy the Frog’s prophecy is correct about Cersei’s children — “You will have three…Gold will be their crowns, gold their shrouds” — then it seems as though she will either miscarry or be killed before she gives birth.

However, there’s another piece of the prophecy that still seems likely to come into play. In George R.R. Martin’s A Song of Ice and Fire series, Maggy’s prediction includes a final line that the show left out: “And when your tears have drowned you, the valonqar [High Valyrian for “little brother”] shall wrap his hands about your pale white throat and choke the life from you.”

While Tyrion may have long seemed more likely to be Cersei’s murderer, the events of the finale seemed to foreshadow Jaime — who was the second-born twin — eventually killing her. But considering the uncertain nature of prophecies in the world of Thrones, there’s also the chance this means Cersei will die in childbirth. Since Jaime fathered the child, her death could then still technically be considered his fault.

Will Jon and Daenerys freak out about being related?

Following the revelation that Jon’s — or should we say Aegon’s — father was Rhaegar Targaryen, Jon and Daenerys were shown consumating their relationship on one of Dany’s ships. However, they’re both still blissfully unaware that they’re related — Rhaegar was Daenerys’ older brother, which makes her Jon’s aunt.

Now that both Bran and Sam know the real story surrounding Jon’s birth, it seems unlikely his true identity will remain a secret for much longer. This begs an obvious question: How Jon and Dany will react to the news?

On one hand, the Targaryens have a long history of incest, having spent over 300 years wedding brothers to sisters to keep their bloodline pure. But on the other, Kit Harington — who plays Jon — told Entertainment Tonight that the former King in the North is “probably the least up for incest” of all the show’s characters.

Either way, this piece of information certainly isn’t going to make things easier for the pair.

What role will Sansa play in the North?

With Jon on his way back to Winterfell after swearing allegiance to Daenerys, it seems as though Sansa is about to find herself in a tricky situation.

“This is the way he is, the way he’s always been. He never asked for my opinion. Why would he start now?” she told Littlefinger after receiving Jon’s letter containing the news. “This is his writing, his signature. He pledged to fight for Daenerys Targaryen. He’s bent the knee.”

Sansa has clearly been struggling to reconcile her support for Jon with her own desire for power. However, now he has forfeited the North’s independence without even consulting her. We can’t see Sansa bowing to another southern queen without a fight.

Did Tyrion make a deal with Cersei?

After pleading with Cersei to reconsider sending troops north with Jon and Daenerys to defend Westeros against the army of the dead, Tyrion realized that his sister was pregnant. The scene then cut back to the Dragonpit, where Cersei made a grand re-entrance to announce she’d had a change of heart.

Although Cersei later made it clear she had no intention of keeping her word, some fans believe Tyrion promised her that her child would inherit the Iron Throne after Daenerys’ reign was over in exchange for her support.

Thanks to Dany’s supposed infertility, the question of succession has recently become an important one. However, there have been several hints that the Dragon Queen may be wrong about her ability to have children. And if Daenerys does end up getting pregnant, you can bet she won’t appreciate her Hand pledging the crown to someone other than her heir.

Are Tormund and Beric dead?

Tormund and Beric ran for their lives when the Night King commanded the undead Viserion to melt the Wall with blue fire in the closing moments of the finale. But it’s unclear whether they were able to make it past the section of the Wall that came crashing down.

HBO’s official synopsis of the episode reads, “Pieces of the Wall begin to collapse, as Tormund and his wildings rush to safety.”

However, Kristofer Hivju — who plays Tormund — told The Hollywood Reporter that even he isn’t sure about his character’s fate. “If this is my way out…well, it’s the huge cliffhanger of the season,” he replied when asked if that would be a satisfying way for Tormund to meet his end. “So, in that way, that people might have to wait two years to know whether he’s dead or alive? If I was [showrunners David Benioff and Dan Weiss], and I wanted to kill Tormund and Beric off, I wouldn’t end the season with the death. I would end it with the cliffhanger.”

Where is Jaime going?

After learning that Cersei had not only lied about sending troops to fight the White Walkers butalso plotted with Euron Greyjoy behind his back, Jaime seemed to finally shake the hold his sister had on him. The Kingslayer was then shown— sans Lannister armor — riding north as snow began to fall in King’s Landing. However, whether that means he plans to head to Winterfell to meet up with Tyrion or strike out on his own is still anyone’s guess.

Arya may have taken out the entirety of House Frey in one blow in the season seven premiere, but after returning to Winterfell, she spent the majority of her time sparring with Sansa. Does this mean she’s completely forgotten about her kill list — a.k.a. the thing that governed her every move for roughly five seasons?

What is Melisandre up to?

When we last saw Melisandre, she informed Varys that she was planning to head to Volantis, one of the Free Cities of Essos. However, she followed that announcement with an ominous declaration concerning both their fates. “I will return, dear Spider, one last time,” she said of Westeros. “I have to die in this strange country, just like you.”

Melisandre will likely be back in the final season of Thrones. But who — or what — will she bring with her? Considering Volantis is the location of a prominent Red Temple, it seems like Mel may have plans to rally an army of Red Priests and Priestesses to fight against the White Walkers. But her motives could also be much more mysterious.

How do Bran’s powers work?

Bran’s favorite activity this season seemed to be creeping others out with talk of remembering everything in the history of the world. Yet he still needed Sam’s help to figure out that Rhaegar Targaryen had wed Lyanna Stark after annuling his marriage to Elia Martell, making Jon a trueborn Targaryen.

But according to Isaac Hempstead Wright — who plays Bran — that doesn’t mean Bran isn’t as all-seeing as he claims.

“The way I understand, it works like Bran has access. It’s like he’s got a Kindle library of every book of everything that’s ever happened in the world. He can access any of it in a heartbeat, but he hasn’t yet sat there and read it all,” Hempstead Wright told Vulture. The old Three-Eyed Raven had a thousand years to sit in that cave to read every single page of everything that’s happened in the universe, and therefore be completely all knowing. Bran isn’t completely omniscient. He can look up anything he wants, but he hasn’t got it all by heart yet.”

However, there’s still the question of how much Bran can affect the past while revisiting it. As far as we know, time in the Thrones universe operates in a closed loop — i.e., Bran cannot change the past through time travel, he can only fulfill it. But this has never been explicitly stated. 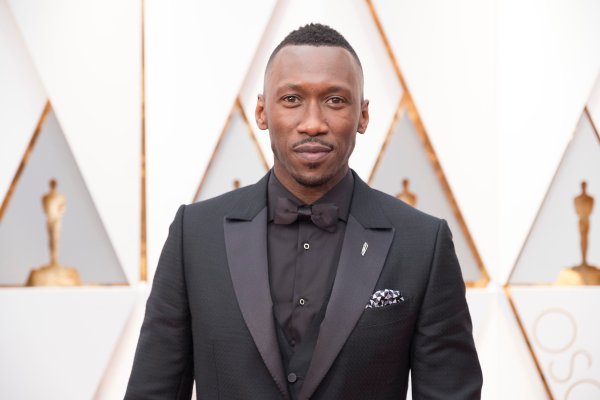 True Detective Season 3 Is Officially Happening
Next Up: Editor's Pick