The color purple is so inextricably linked with the artist Prince that the musician is often referred to as “The Purple One” — and with good reason. He sported the color constantly, named an iconic album and movie Purple Rain, had instruments and performances completely saturated in the color and reportedly decorated an NBA player’s entire mansion (including the fountain water) in the plummy shade. In fact, Prince’s love of purple recently inspired a custom Pantone shade, named “Love Symbol #2,” in honor of the time when His Purpleness was known as the artist formerly known as Prince.

However, contrary to popular belief, his sister Tyka Nelson told The Evening Standard that her brother’s favorite color was not purple, but orange.

Nelson revealed Prince’s surprising preference while talking about a collection of his belongings from his estate at Paisley Park — which, it should be noted, is mostly decorated in shades of purple.

“The stand out piece [of his collection] for me is his orange Cloud guitar,” she said. “It is strange because people always associate the color purple with Prince, but his favorite color was actually orange.”

Prince’s fondness for orange isn’t so hard to fathom, despite his seeming preference for purple — he dressed in orange from time to time, including the shimmering orange pantsuit he wore to the 2015 Grammy Awards. 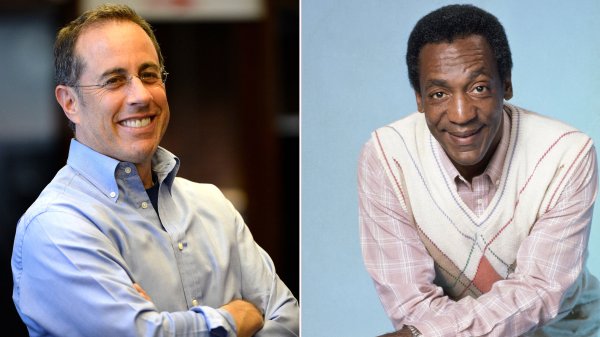 Jerry Seinfeld Calls Bill Cosby the 'Biggest Comedian of All Time'
Next Up: Editor's Pick