New Jersey Gov. Chris Christie fired back Wednesday at Texas Sen. Ted Cruz, who in the aftermath of Hurricane Harvey has defended his 2013 vote against an aid package for Superstorm Sandy.

“He talked about playing politics. That’s what he did with people’s lives in 2012 and 2013. He was playing politics to try to make him look like the most conservative guy in town,” Christie said Wednesday on MSNBC’s Morning Joe.

In an interview on MSNBC on Monday, Cruz said he voted against the $51 billion aid package because it was “filled with unrelated pork” — a claim Christie called “dead wrong.” “He just made it up. I mean, you know, Ted’s particularly good at that,” Christie said. “He just made it up.”

A Washington Post fact check called Cruz’s claim “wildly incorrect,” noting that the bill included funding for several relief items that didn’t appear to be storm-related at first glance, such as repairs to the leaking Smithsonian Institution roof and erosion at the Kennedy Space Center that resulted from storm damage.

“He knows it,” Christie said Wednesday. “He should just stand up now and say, ‘You know what? I was wrong. I was wrong in 2012. It was the wrong thing to do, and now I hope that the people of New Jersey and New York are willing to let bygones be bygones and vote for relief for Texas.’ I’ll tell you that’s exactly what New Jersey people would do.”

Cruz was one of several Texas Republicans to vote against the Sandy relief package. The 2013 bill ultimately passed by a vote of 62 to 36 in the Senate and 241 to 180 in the House. 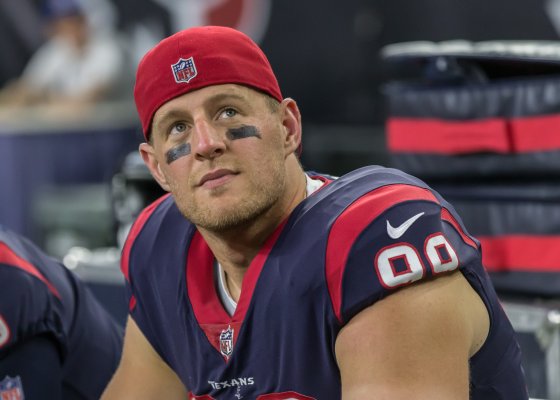