Davos Is Here to Remind You of This Crucial Hint George R. R. Martin Gave About the End of Game of Thrones

Game of Thrones‘ season seven finale saw Jon Snow consummate his relationship with Daenerys Targaryen without realizing that she is actually his aunt. But according to his devoted Hand of the King, Davos Seaworth, that should be the least of Jon’s worries.

During an interview with Mashable, Liam Cunningham — who plays Davos — emphasized that the consequences of Jon and Daenerys’ union won’t matter if the White Walkers succeed in conquering Westeros.

“Here’s what logic would tell you: The priority here is going to be disposing, if it can be done, of this Night King and his one hundred thousand undead, and it’ll be game over for everybody if that doesn’t happen,” he said. “I go back to Ramsay’s telling statement, ‘If you think this is gonna have a happy ending, you haven’t been paying attention.'”

The 56-year-old actor also referenced a major clue that George R.R. Martin dropped about the end of Thrones in a 2015 interview with the Observer to support this line of thinking.

“I go back to the clue that George R. R. Martin gave where he said, ‘the end of this is gonna be bittersweet.’ What the hell that means is anybody’s guess. At the moment, the Daenerys-Jon predicament is not gonna be the priority. They’re on their way to Winterfell in a boat, and the priority is to dispose of this common enemy. After that, if and when that happens, then they’re gonna have to deal with their ‘personal issues.’ And we’ll have to see where that goes, but it gives a fantastic opportunity for wonderful drama, and that’s all we can hope for.”

Cunningham is as reliable a source as any to weigh in on the future of Thrones, as Martin apparently once told him a secret about the show’s ultimate endgame. “This was a couple of years ago. It was the first time I met him, and I was awestruck,” Cunningham said during a 2016 appearance on Conan. “He said, ‘I’ve got something to tell you.’ And he leaned in and he told me this secret. He said, ‘Don’t tell anybody.’ So I’m not.” 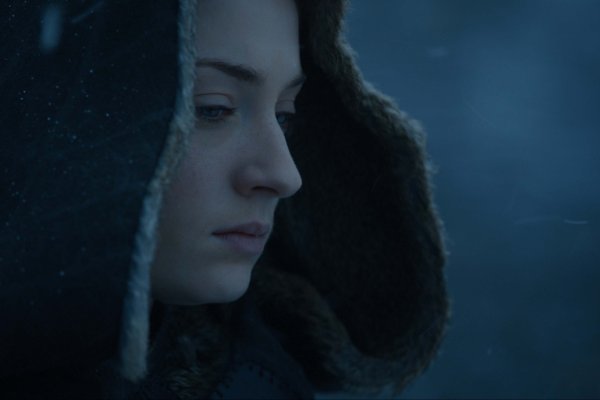 Do Not Come For Sansa Stark Unless You Want Sophie Turner to Call You Out
Next Up: Editor's Pick