Owners and rescuers are working together after Hurricane Harvey hit Houston over the weekend, leaving the city waterlogged and roadways flooded, to shuttle animals stranded by the storm to dry shelter alongside their human counterparts.

The hurricane has so far forced tens of thousands of residents to evacuate — plus the animals they bring along with them. As the most powerful storm to make landfall on the U.S. mainland in more than a decade, Harvey has left hundreds of thousands without power and is estimated to cost tens of billions of dollars to the municipality.

As for the pets, rescuers and animal lovers alike are banding together to help bring them to safety. Some animal shelters and convention centers designated as hurricane relief areas are providing animal-friendly areas, too.

“Everybody has pets. They’re our fur babies,” Houston resident Adam Brackman told ABC News as he assisted in saving residents and their six pets from their attic. “Everyone I talked to wants to hold on to them.”

Watch above for the heart-wrenching photos and video of pets and their owners finding a way to escape the floodwaters. 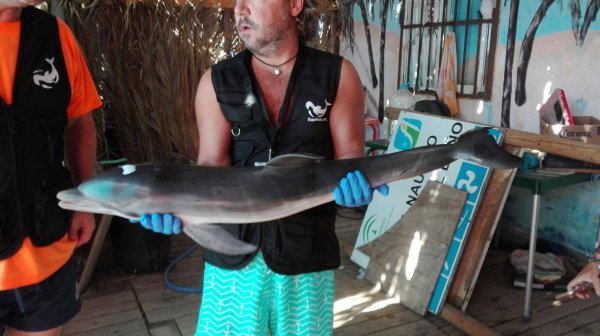 Tourists Held a Beached Baby Dolphin for Selfies. It Died
Next Up: Editor's Pick