Texas Sen. Ted Cruz on Monday defended his 2013 vote against an aid package in the wake of Superstorm Sandy, facing accusations of hypocrisy as he deals with the aftermath of Hurricane Harvey in his state.

“There’s time for political sniping later,” Cruz said in an interview on MSNBC, when asked about his vote against the relief package after the 2012 storm wreaked havoc on New Jersey and New York.

“The accurate thing to say is that I and a number of others enthusiastically and emphatically supported hurricane relief for Sandy. Hurricane relief and disaster relief has been a vital federal role for a long, long time and it should continue,” he said. “The problem with that particular bill is it became a $50 billion bill that was filled with unrelated pork.”

Cruz and Texas Sen. John Cornyn both voted against the $51 billion Sandy aid package, as did more than 20 House Republicans in Texas, the Associated Press reported. New York and New Jersey legislators have called out their colleagues for those votes this week, even as some promised to support disaster relief for Harvey.

“What I said then and still believe now is that it’s not right for politicians to exploit a disaster when people are hurting to pay for their own political wish list,” Cruz told MSNBC on Monday. 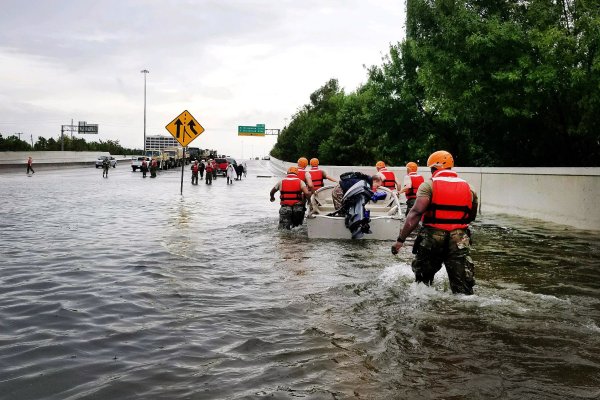 This Furniture Store Has Converted Into a Makeshift Shelter for Harvey Victims
Next Up: Editor's Pick