President Donald Trump’s approval rating hit a new all-time low in Gallup’s weekly tracker on Monday, as he deals with the aftermath of Hurricane Harvey and the backlash to his pardon of former Sheriff Joe Arpaio.

Just 35% of adults approve of how Trump is handling the job of president more than 200 days into his term, according to Gallup. By comparison, former President Barack Obama’s approval rating was 50% at this time during his first term.

Trump’s job approval ratings are updated every Monday based on the weekly average of Gallup’s daily survey, which polls about 1,500 adults by telephone interview. The margin of error is plus or minus 3 percentage points.

Trump’s daily approval rating faltered in recent weeks, reaching a 34% average during a three-day period between Aug. 11 and Aug. 13, when he faced criticism for his response to the clashes in Charlottesville, Va. His weekly average was 36% for that week. 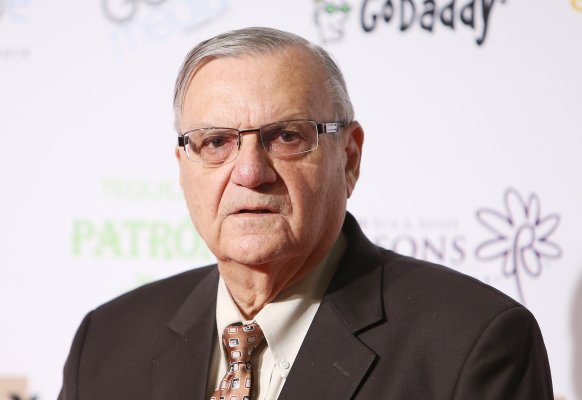