In a letter posted to Facebook, Mark Zuckerberg announced the birth of his second child. Fitting to the month of her birth, Zuckerberg and his wife, Priscilla Chan, named their second daughter August.

“August, we love you so much and we’re so excited to go on this adventure with you,” the Facebook mogul wrote. “We wish you a life of joy, love and the same hope you give us.”

The name August is a form of the name Augustus, which has Latin origins, according to Baby Center. The name signifies reverence, or holding someone in high regard.

Typically, August is a more common baby name for boys than for girls. In 2016, there were 222 female Augusts versus the 2,076 male Augusts born in the same year. August hit its peak popularity as a baby name in 2016, according to the Social Security Administration.

Zuckerberg and Chan’s choice is similar to the name they gave their first daughter. Maxima, who goes by Max, was born in 2015 and got her name from a variation on the Latin name Maximus. 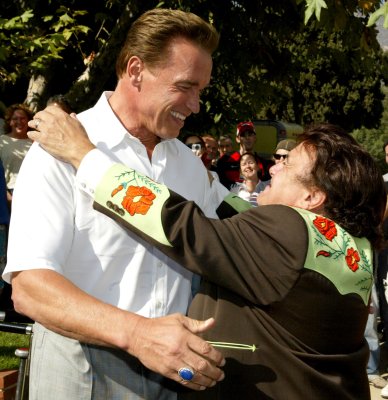 Arnold Schwarzenegger Still Really Loves Danny DeVito and This Is Proof
Next Up: Editor's Pick