If you thought the now-famous Remy Ma and Nicki Minaj feud had burned itself out, think again. During Sunday night’s MTV Video Music Awards, Remy Ma re-upped the stakes against her rival rapper with a behind-the-scenes shout-out that also referenced Minaj’s memorable spat with Miley Cyrus back at the VMAs in 2015.

During that year’s awards, Minaj called out Cyrus: “And now back to this b-tch that had a lot to say about me the other day in the press—Miley, what’s good?” she asked then. That year, Minaj had taken to social media to call out a dearth of nominations on the part of women of color, herself included. In response, Cyrus (and Katy Perry and Taylor Swift) called Minaj’s criticisms “not polite.”

So when Minaj ultimately won an award that year, she took the moment to address Cyrus with the famous “Miley, what’s good?” line.

And now, Remy Ma is back at it, throwing it forward to Nicki this year. 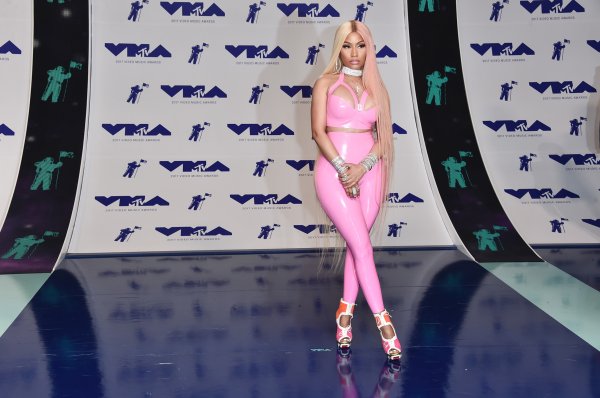 Nicki Minaj Totally Owned This Jaw-Dropping Pink Latex Unitard at the VMAs
Next Up: Editor's Pick