As promised, Taylor Swift delivered the video for her new single “Look What You Made Me Do” at Sunday night’s MTV Video Music Awards.

The song and video are the first off of her upcoming album, Reputation, which is out in November and follows a three-year album release drought. The response to “Look What You Made Me Do” — a slyly dark pop tune that samples Right Said Fred’s “I’m Too Sexy” and dropped, to great excitement, on Thursday night — has been mixed. But the lyric video broke YouTube records within its first 24 hours of appearing, with fans anxiously supporting the return of Swift and welcoming her new era of snake imagery.

Like many of Swift’s videos, the “Look What You Made Me Do” visual is a narrative journey starring the singer dripping in diamonds and snake rings, made up in red lips, and backed by a bevy of dancers. 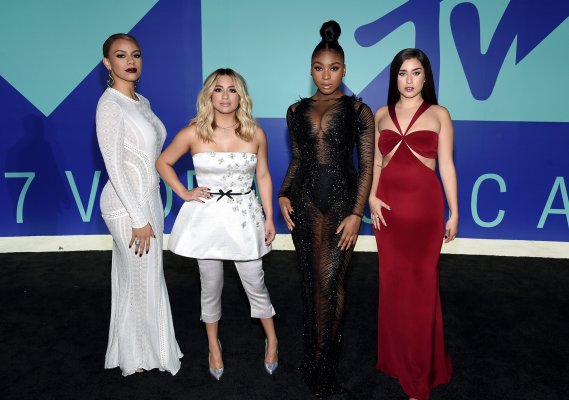