Jesmyn Ward, Heir to Faulkner, Probes the Specter of Race In the South

“To understand the world, you must first understand a place like Mississippi” goes a line often attributed to William Faulkner. More than half a century later, Jesmyn Ward may be the newest bard of global wisdom.

The writer rocketed to literary fame in 2011 when she won the National Book Award for her second novel, Salvage the Bones, a lyrical Hurricane Katrina tale. As in her first novel, Where the Line Bleeds, the characters in Salvage live in the fictional Mississippi Gulf Coast hamlet of Bois Sauvage, which is based on Ward’s native DeLisle. Six years and two nonfiction books later, Ward has returned to fiction, and to Bois Sauvage, with Sing, Unburied, Sing, a mystical story about race, family and the long shadow of history.

Ward, 40, wrote her first two novels while moving around the country for writing programs and fellowships, but she has since returned home and started a family. Sing, Unburied, Sing is the first novel she’s written from there and the first she’s written as a mother. “The figurative language that I use is so informed by this place and by the things that I see and experience here,” she says, “that it helped me write Sing, because I’m able to observe and see these things and incorporate them into my writing.” Consider how nature relates to human behavior in this description of a grandfather on a difficult morning: “He matched the sky, which hung low, a silver colander full to leak.” Or when a mother watches her daughter cling to her son: “She sticks to him, sure as a burr: her arms and legs thorny and cleaving.”

Ward’s world building of Bois Sauvage recalls Faulkner’s fictional Yoknapatawpha County, where he set many of his novels. “So much of his work was centered in this place that he made up in Mississippi, with this revolving set of characters that popped up in his work again and again,” she says by phone from DeLisle. “I understand that in some ways I’m attempting to do the same thing, to create this world and render it real and on the page.”

Sing is her riskiest work yet. Magical realism is in full effect: ghosts appear to certain characters, while others “hear” the thoughts of fellow humans as well as animals. Trouble calls for voodoo. It’s territory she’s never tread before, and her editor, Kathryn Belden, says the risk-taking helped her grow as an artist.

And these woods are savage indeed. While Belden says Ward does not write “with the news cycle in mind,” the novel “ends up touching on a lot of issues that are part of the national dialogue.” Brutally relevant concerns shape the narrative and characters. Leonie, in the grips of cocaine addiction, has two kids with her partner Michael, who is just getting out of prison at the beginning of Sing. Leonie is black, Michael is white. Their son Jojo, 13, has mostly been raised by his stalwart, loving black grandparents; his white grandparents refuse to acknowledge him. Jojo acts as proxy parent to his little sister Kayla, who would rather seek comfort from him than from their unreliable mother.

Writing the character of an irresponsible mom was “really hard,” says Ward. “I’m a mom, I have a 4-year-old and now I have a 10-month-old, and so I think that my initial unwillingness to write from her perspective stemmed from my concern about the ways that she was failing her children. It was hard for me to get past that. She’s really distasteful to me as a character and as a person.” But Ward empathized with Leonie by giving her a backstory not unlike her own: both the character and the author lost a teenage brother. While the fictional one gets shot by a white boy in a hunting incident, Ward’s brother was killed by a white drunk driver. It’s an event Ward wrote about in her 2013 memoir Men We Reaped. “I didn’t want people to think that Leonie was some sort of stand-in for me in the book,” she says. “But I felt like at Leonie’s center, there’s a great loss … it’s unhealed and it’s festering in some ways. I just felt like it motivates so much of what she does that that had to be it, she had to have lost a sibling.”

Ward’s characters are informed of her own deep knowledge of a town like Bois Sauvage. For Sing, Ward asked herself what life would be like for a mixed-race boy like Jojo in contemporary Mississippi, a place where schools are still struggling with segregation and interracial dating has been a historic taboo. “I wanted to understand how he would navigate something of a coming of age in the modern South, where, yes, it is modern, but there are multiple waves of the past here,” she says.

The family in Sing deals with problems that are representative of a town in a state that set a new record for deaths by drug overdose last year. Mississippi has the highest poverty rate in the country and one of the highest unemployment rates, and is often ranked among the hungriest, unhealthiest and worst-educated places to live. Jojo and Kayla represent the future of their town, and while they have inherited a beautiful legacy from one set of grandparents in the form of their spiritual powers, statistically speaking, they’re up against a tragic litany of obstacles.

These themes congregate in Ward’s nonfiction too. After Men We Reaped, which focused on the untimely deaths of five young black men in her community, including her brother and a cousin, Ward edited The Fire This Time. The 2016 anthology positioned essays from younger writers, including Edwidge Danticat, Claudia Rankine and Isabel Wilkerson, in the spirit of James Baldwin’s The Fire Next Time. Just as the 1963 best seller reflected on the particular civil rights struggles of the period, Ward’s anthology was sparked by the shooting of unarmed young black men like Trayvon Martin and Michael Brown, and offered ruminations on the unique struggles and the path ahead for black Americans.

Tension is still real in DeLisle, a tiny town of around 1,000 people, where Ward says her friends have felt “really disappointed” since the election. “There was something so empowering about having President Obama in office, because I know that for many of us, that’s something that we never thought that we’d see in our lifetime,” she says. To see the election of Donald Trump and the hordes of his supporters who were comfortable with his language about race — not to mention the race hatred visible in Charlottesville and Boston in recent weeks — is like “we’ve been reminded once again that we live in the South,” she says, “that we live in a place where throughout the centuries and throughout the decades, our lives have been considered worthless.”

This keen attention to history’s bitter hold on the present will likely continue to motivate Ward. For her next novel, Ward will head along the Gulf Coast to New Orleans, where she’ll write about “the height of the domestic slave trade, in the early 1800s.” But she promises a return to Bois Sauvage. “I love creating that community and writing about that place, because I think in some ways Bois Sauvage is like the DeLisle of my past; it’s like the DeLisle of the ’80s that I can never return to. So in some ways, when I write about Bois Sauvage, I’m writing about a home that I’ve lost.” 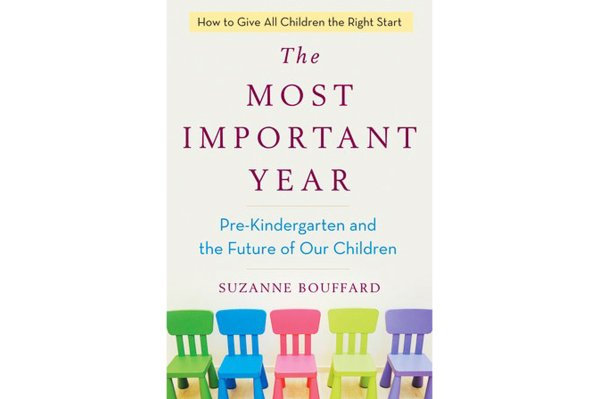 The Advantage of Universal Pre-K
Next Up: Editor's Pick