President Donald Trump holds up the Veterans Appeals Improvement and Modernization Act after signing it during the American Legion National Convention in Reno, Nevada on Aug. 23, 2017.
Joshua Roberts—REUTERS
By Melissa Chan

President Donald Trump urged unity and healing while delivering a subdued speech in Nevada to veterans at an American Legion conference. Trump’s latest remarks contrasted with a speech he gave at a rally in Phoenix on Tuesday night in which he angrily called out the media and his political opponents.

$700 million Powerball jackpot has a winner

Someone has won the $758.7 million Powerball jackpot, officials said. The winning ticket was sold in Massachusetts. It’s the largest grand prize won by a single lottery ticket in the history of the country, according to Powerball Product Group Chair Charlie McIntyre.

Taylor Swift fans rejoiced after the pop star announced on social media that she would be releasing her new album, Reputation, on Nov. 10, as well as a new single Thursday night. The singer has been teasing her followers since Monday when she purged her social media accounts, only to post cryptic videos of snakes.

Authorities have detained a suspect in connection with a concert terror threat in the Netherlands.

Police said Christopher Cantwell, a white nationalist, has turned himself in to authorities in Virginia.

Harvey is likely to be the first hurricane to strike Texas since 2008.

In Pakistan, 50 million people are at risk of arsenic poisoning from contaminated groundwater. 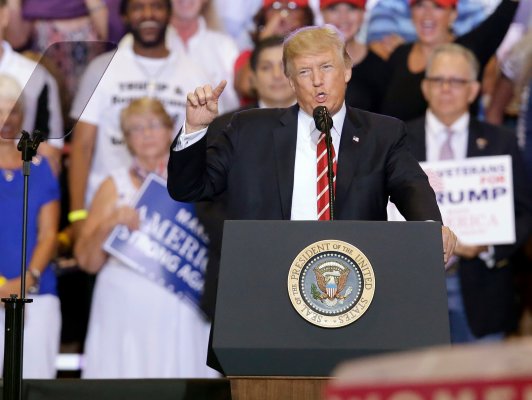