To celebrate life’s milestones, some people like to take a nice picture. Those of a more millennial nature may even document it on Instagram. However, for foodie extraordinaire and lovable curmudgeon Anthony Bourdain, an image won’t suffice — he prefers to get inked instead.

In an interview with Maxim, the celebrity chef revealed (while getting a stick-and-poke tattoo, no less) that he got his first tattoo when he was 44, to celebrate the publication of his book, Kitchen Confidential and that all of them are permanent physical reminders of special moments in his life.

“Some tattoos mean more than others to me,” Bourdain said. “They all mark a moment in time. I don’t overly place importance on them, but they do commemorate in a way that photographs can’t. I stopped taking photographs a long time ago when I travel. There’s this realization that the lens is inadequate to capture the moment, so maybe I’m just looking to mark time in another way that’s very personal.”

Bourdain later shared that he has no qualms about having lots of tattoos, especially now that he’s older.

“As I say often, ‘Look, I’m 60 years old. I well understand that any additional tattoos are not going to make me any younger, any hipper, any more relevant, or even more attractive,'” he said. “It’s a selfish, personal thing. I jokingly say, ‘I’m driving an old car. It’s filled with dents. One more dent ain’t gonna make it any worse than this.'” 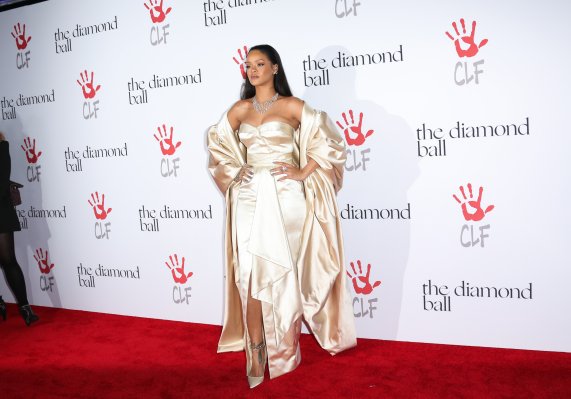 Party with Rihanna for a Good Cause for Just a Dollar
Next Up: Editor's Pick