Super NES Classic preorders are finally happening, and frenzied fans are already ravaging retailer stockpiles. The system, a 1990s era Super Nintendo that’s been hit with a shrink ray and bundled with 21 games—including a never-before-released followup to 3D shoot-em-up Star Fox—arrives on September 29 for $79.99.

Here’s where you can find the Super NES Classic, followed by a rundown of everything we know about Nintendo’s micro-console so far.

Amazon’s preorders went live in the middle of the night, August 22, and immediately sold out. The online retailer’s Super NES Classic preorder page is here.

GameStop’s Super NES Classic preorders were supposed to go live at 1:00 p.m. ET on August 22, purchasable either as individual units or as part of five bundles, which the company says you can buy online, or via their web-in-store program. The company requires a $25 deposit to get the console on September 29.

You can preorder the Super NES Classic from Walmart here. The company’s preorder page appears to have gone live around 1:00 p.m. ET on August 22, but buyers quickly burned through Walmart’s initial allotment.

Toys ‘R’ Us – Not Available

If you don’t mind paying exorbitant scalper prices, eBay has listings for the Super NES Classic for between $200 and $300. This is utter last resort territory for super-fans, and under-no-circumstances-whatsoever turf for everyone else.

What is the Super NES Classic?

More than merely a Super NES knockoff, the Super NES Classic is a pint-sized replica of Nintendo’s beloved 16-bit gray-and-purple console that first arrived stateside in November 1991. Instead of top-loading cartridges, it comes with 21 games baked in, a pair of replica controllers and high-definition graphic support.

It also includes a special “rewind” feature that lets players retry sections of a game, from a few minutes to a few dozen seconds, depending on the game.

When can I preorder?

See above! Preorders began August 22, 2017. That comports with what Nintendo said on its Facebook page in early August, noting that preorders would begin in late August.

What games does the Super NES Classic include?

You get 21 acclaimed gems, including original U.S. SNES pack-in Super Mario World as well as a Star Fox sequel that Nintendo and British studio Argonaut Games fully developed but never released. (To access Star Fox 2, you have to first beat Star Fox‘s starter level, says Nintendo, quipping “We didn’t want to make it too hard!”)

What comes with the Super NES Classic?

In addition to the system, the box includes an HDMI cable, a USB charging cable with AC adapter and two Super NES Classic Controllers—essential if you’re up for some local two-player per games like Street Fighter II Turbo: Hyper Fighting, Super Mario Kart, Contra III: The Alien Wars and Secret of Mana. The controller cable length has wisely been extended to 5 feet as well. (The NES Classic’s controller was just 3 feet.)

Where else can I find one?

Watch Nintendo of America’s Twitter and Facebook feeds, of course. You can also keep an eye on the unofficial Nintendo Reddit (be sure to scan the “New” view), or monitor NeoGAF’s SNES preorder thread, with the usual caveats about information gleaned from anonymous public hangouts. It’s also worth bookmarking in-stock checkers like NowInStock or the Twitter feeds of deal-watchers like Wario64.

How many Super NES Classics will Nintendo make?

Nintendo has promised to produce “significantly more” of the SNES Classic than it did the NES Classic, a system that was perpetually sold out and eventually canceled well short of meeting consumer demand. It’s anyone’s guess what the total will be, but we know Nintendo sold 2.3 million NES Classics during its five-month run, so clearly more than that.

In an August 1 Facebook dispatch, the company reiterated its commitment to producing the system in high volume, writing “A significant amount of additional systems will be shipped to stores for launch day, and throughout the balance of the calendar year.”

What’s this about a companion Super NES Classic book?

Publisher Prima is putting out a companion book to fete the Super NES Classic titled Playing With Super Power: Nintendo SNES Classics, a compendium that’s due simultaneous with Nintendo’s micro-console on September 29. The beefy 320-page book combines historical info, speedrun tips and factoids, and is analogous to the book Prima published to celebrate the NES Classic last year. 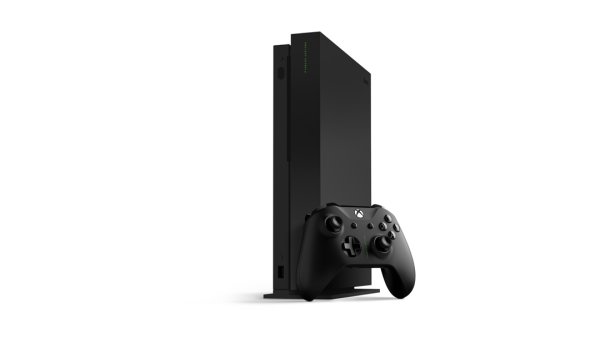 Every Xbox One X Enhanced Game So Far
Next Up: Editor's Pick