Not even a zombie White Walker dragon (R.I.P. Viserion) or the intense frisson between aunt and nephew/couple of our dreams Dany and Jon during Sunday night’s episode of Game of Thrones could distract from the true star of the episode: the luxurious winter coat that Daenerys sports to incinerate the wights.

While Dany has worn many an eye-catching ensemble during the seven seasons that GoT has been on the air, she’s never sported a look so fierce, so flossy as the intricately detailed fur coat that she dons before heading North. It’s the kind of glorious, fly-as-hell outerwear only seen on those emphatically assured of their own greatness, icons like Joan Collins, Kanye West, or in this case, Daenerys Targaryen. In fact, if the claim to the Iron Throne rested fully in someone’s sartorial sensibilities, then this episode makes it abundantly clear that the Seven Kingdoms can and should belong to Dany, whose sharply tailored fur coat puts the ubiquitous Ikea rug capes of the North to shame.

Despite the other plot twists of the episode, Dany’s new coat didn’t escape viewers’ interest.

It left Johnny Weir (himself an expert in fashion on the ice) in awe.

One viewer wanted to know where fans of the coat could find it.

While another applauded the show’s design team.

Fashion commentators Tom and Lorenzo even crowned the dragon queen, the “Ice Queen.” 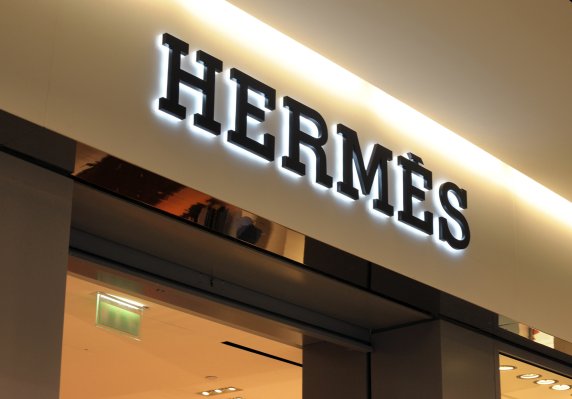 You Can Now Spring For a $3,000 Hermès Luxury Skateboard
Next Up: Editor's Pick