In his first primetime address since taking office, President Donald Trump will speak regarding the new American strategy in Afghanistan and South Asia on Monday. Trump’s statement will be broadcast from Fort Meyer in Arlington, Virginia, starting at 9 p.m. ET; you can watch live above.

During the speech, President Trump will discuss the “path forward” for U.S. involvement in Afghanistan. American troops have been on the ground in that country since 2001, marking the longest foreign entanglement in U.S. history. As a candidate, Trump was critical of the U.S. military’s ongoing presence in Afghanistan. Now, as President, he is charged with charting a path forward there, with possible options including sending more Americans off to battle or attempting a withdrawal.

Trump’s address is coming after months of deliberation between the President and his national security team, including a high-level meeting at Camp David on Friday. Secretary of Defense Jim Mattis confirmed Sunday that White House officials have agreed on the country’s next steps in Afghanistan, but did not offer details. “He wants to be the one to announce it to the American people,” Mattis said, in reference to Trump.

In his address, President Trump will be calling on Americans to trust his leadership in the wake of one of his most tumultuous weeks in the White House. Following a violent and deadly white nationalist rally in Charlottesville, Virginia earlier this month, Trump faced criticism for seeming to equate hate groups with the counter-protesters who challenged them. Three people died at the event, including two police officers who died in a helicopter crash and a protester who was struck by a car driven by a white supremacist. 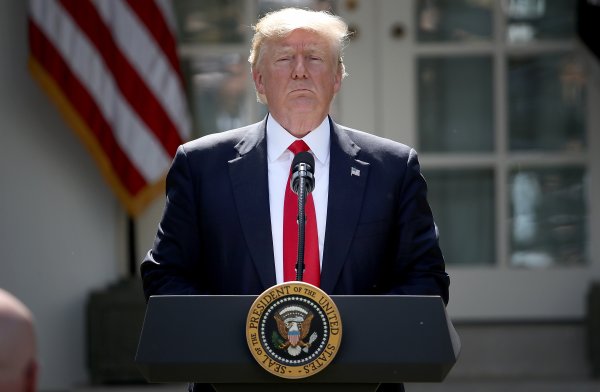