Monday’s the big day. The day America has been waiting for. It’s total solar eclipse go-time. Viewers in states across the U.S. will be able to glimpse what’s being called the Great American Eclipse as the moon passes in front of the sun, blocking its rays for a few brief moments.

While we’ve known about this astronomical event for years, the hype has only gotten real in the last week. Some have traveled miles to be present in the path of totality, whether they’ve hitched a ride aboard a dedicated Caribbean cruise or headed out to special festivals and sold-out campgrounds in Oregon. Others are staying put with hope that skies will be clear enough to spot the occurrence from a window or street. One thing is certain: as this is the first total solar eclipse to cast its shadow across the contiguous U.S. since 1979 — with the next one not expected until 2024 — the excitement is palpable. Turns out Americans love science, after all.

There are also some safety hazards: staring directly at the sun with naked eyes can be permanently damaging. Specially-designed eclipse glasses have been selling out nationwide, making it hard for some to find ample protection in time for the light show, and providing plenty of fodder for memes.

Below, a roundup of some of the funniest memes so far about preparations for — and the experience of — watching the big eclipse go down. 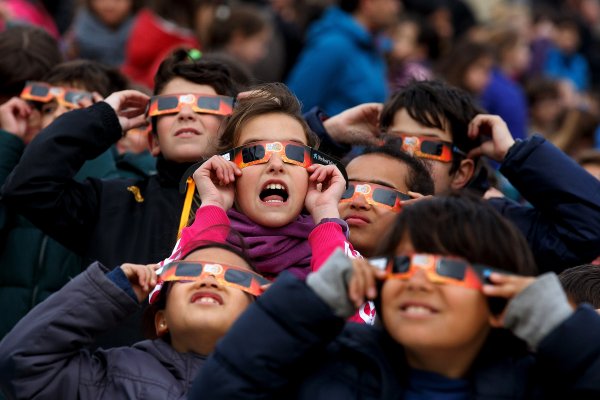