President Donald Trump tweeted thanks to his former chief strategist, Steve Bannon, following his firing from the role on Friday.

“I want to thank Steve Bannon for his service,” Trump said. “He came to the campaign during my run against Crooked Hillary Clinton – it was great! Thanks S.”

Rumors had been circling in recent weeks that Bannon was 0n his way out, as several of Trump’s top advisers, including newly-appointed chief of staff General John Kelly, urged the President to cut ties with the controversial political figure.

“We’ll see what happens with Mr. Bannon,” the President said at a Tuesday press conference where he addressed last weekend’s violence at a white nationalist rally in Charlottesville, Va.

Bannon revealed to the Weekly Standard following his departure that he will resume his duty as executive chairman of right-wing news website Breitbart, where he said he would “crush the opposition.”

“There’ll be all kinds of fights, and there’ll be good days and bad days, but that presidency is over,” he added.

Trump later tweeted that Bannon would be “a tough and smart new voice” at Breitbart and that “fake news needs the competition.” 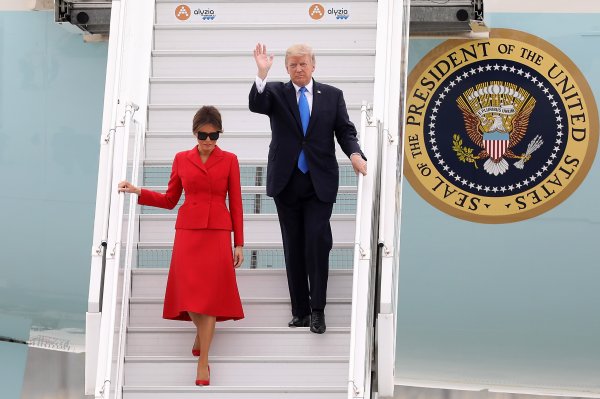 Trump and First Lady to Skip Kennedy Center Honors
Next Up: Editor's Pick