In a new behind-the-scenes interview with Emilia Clarke and Kit Harington, the Game of Thrones actors share a piece of critical insight about a pivotal scene in which Jon Snow encounters — and is accepted by — Daenerys’s prize child, Drogon.

“She sees his interaction with her dragons and it’s an attractive quality for her,” Clarke muses in the short but illuminating clip. “Busted! Me and Jon Snow just chillin’ on a cliff by ourselves. Don’t read into it…”

“I think it’s one of the most important scenes this season,” adds actor Iain Glen, who plays Jorah Mormont. Speculation is swirling around the potential storylines of Jon and Dany: will their connection blossom into a romance, or will they end up on opposing sides of a war, with Jon refusing to bend the knee? Clarke’s statement in this clip suggests there’s chemistry at play after all.

Clarke also shares some insight about the relationship between Dany and Jorah, when the knight finally returns to her service after being cured of the terminal disease grayscale. In the episode, Daenerys welcomes him back to her team kindly.

“It’s one of the most tender moments that you’ll see from Daenerys this season, because the thing about Ser Jorah is that he has been the one from the very beginning. And I think he has an ability to see right through her,” she adds. Jorah and Jon are both part of the suicide squad that’s set out north of the wall, with the intended mission of bringing back a wight as proof of the threat in the North. But odds aren’t great that everyone will make it out alive. 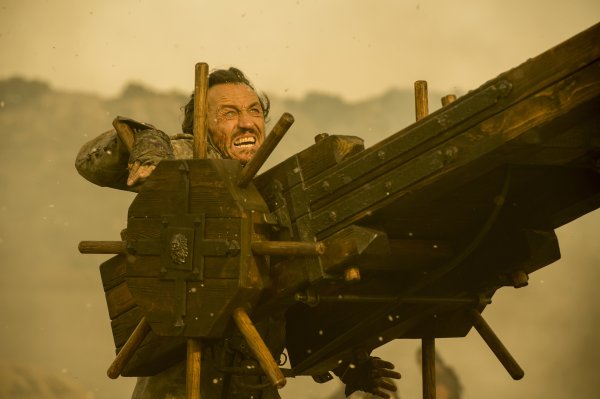 Game of Thrones' Bronn: "My Postman Won't Speak to Me"
Next Up: Editor's Pick