What Does the Solar Eclipse Mean for You? Astrologers Can't Seem to Agree

The upcoming total solar eclipse will either wreak havoc on your life or herald waves of positive change. That is, depending on who you are, which astrologer you ask — and, of course, whether you believe in astrology in the first place.

The moon will completely block the sun during an Aug. 21 eclipse that can only be seen in America. Among those who believe the positions of celestial bodies influence human affairs, the rare event is expected to trigger major astrological effects.

“Eclipses are the most dramatic tools that the universe uses to effect change,” said Susan Miller, a well-known astrologer who runs the popular website AstrologyZone.com. “Nobody likes change, but eclipses shake us out of our complacency and push us forward, no matter if we’re ready or not.”

That change could cause “turmoil and conflict,” according to Joyce Levine, chair of the National Council for Geocosmic Research, which promotes the study of astrology. Astrologers say people who may feel more strongly affected by the eclipse are those with Aug. 21 birthdays, as well as those with Leo, Aquarius, Taurus and Scorpio zodiac signs who were born at the end of their signs, and those with Virgo, Sagittarius, Gemini and Pisces zodiac signs who were born at the start of their signs.

The eclipse manifests differently for each person, depending on the date, time and place of his or her birth, according to astrologers. The effects, they say, can be felt in the weeks before and after the actual passing of the eclipse. “It sort of feels like free-flowing anxiety — like something is wrong but you can’t put your finger on it,” Levine told TIME. “They’re probably already feeling it.”

But Miller, who has been studying astrology for at least three decades, adamantly disagrees with any predictions of doom. The New York City astrologer said she sees positive outcomes from the eclipse instead. “Eclipses give you new opportunities if it’s a new moon,” she said. Miller said that could mean a new baby, a new job, a new house, a promotion, an engagement, or another milestone.

The Aug. 21 eclipse forms a triangle-shaped alignment with Uranus, which Miller said symbolizes innovation, and Saturn, which symbolizes stability. “This eclipse is saying to try something new. You have to evolve and you have to innovate something, reinvent somehow,” Miller said.

“There have been so many dire predictions, and I don’t agree,” she added. “These eclipses are there to protect you, to make you look at truth and make you figure out how to fix it.”

So will the eclipse usher in a period of turmoil or new opportunities? It’s more of a mix of both predictions, according to longtime astrologer Shelley Ackerman. “A solar eclipse of this magnitude is a mega reset button,” said Ackerman, who is on the board of directors of the International Society for Astrological Research, which certifies astrologers. Ackerman said the change is not always bleak, but turmoil can go hand-in-hand with revolution. “It’s a time of tremendous upheaval,” she said. “And there is turmoil in times of great change.”

But that doesn’t mean Americans should panic. In addition to NASA last year denouncing astrology as “not science,” at least one expert in the industry believes there’s no need in this case to make any real connections to the eclipse and everyday life. All the eclipse means is that the moon is blocking the sun, said Glenn Perry, a psychologist and astrologer in Connecticut.

“Astrologers generally make more of this kind of thing than it actually warrants,” Perry said. “They’re a tendency to catastrophize and say things that are alarming, when in fact, it’s just a natural part of nature.” 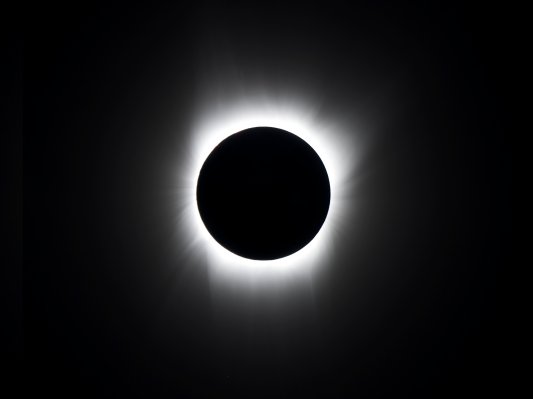 How the Solar Eclipse Could Help Us Solve a Mystery About the Sun
Next Up: Editor's Pick