ADL CEO: What the Lynching of Leo Frank Shows Us About Hate

White nationalists are met by a group of counter-protesters in Charlottesville, Virginia, August 12, 2017.
Joshua Roberts—Reuters
Ideas
By Jonathan A. Greenblatt
Greenblatt is CEO and National Director of the Anti-Defamation League.

It was a small Southern town, not known for its violence, when a mob of racist and anti-Semitic men rose up, marched through the streets and claimed the life of an innocent person.

This was not Charlottesville last week, but Marietta, Georgia, 102 years ago today. The victim was Leo Frank, a Jewish man who was questionably convicted of murdering a young woman, then lynched by an angry mob. Although more than a century separates these two incidents, the similarities are eerie and painful.

After more than 100 years of struggle and progress, it is dispiriting to think that we are again seeing anti-Semitic mobs marching through our streets.

It is unconscionable that President Donald Trump has, at best, danced around the issue of condemning the neo-Nazis and white supremacists marching in Charlottesville. Trump brought shame to his office by failing a basic test of moral leadership and breaking with decades of precedent of presidents of both parties condemning this kind of bigotry. It is worth nothing that the only people in the public conversation applauding Trump’s remarks are notorious white supremacist David Duke and his fellow traveler Richard Spencer, and their followers.

These bigots ostensibly have reason to gloat. Throughout the 2016 race for the White House, the Trump campaign recycled hateful rhetoric or demonstrated almost inexplicable hostility toward Mexicans, Muslims, Jews, women and other minorities. In the past 18 months, the Anti-Defamation League has recorded an uptick in white supremacist recruiting at colleges and universities. Anti-Semitic incidents are on the rise, including the second desecration of the Holocaust memorial in Boston.

Leo Frank, who was lynched by a mob in 1915.
Bettmann Archive/Getty Images

Just as the lynching of Leo Frank led to the birth of the second Ku Klux Klan, do we need to be concerned that the death of Heather Heyer could be a harbinger of a new, organized and powerful racist and anti-Semitic movement?

Fortunately, I think the answer is no. But to combat the forces unleashed over these past few months and that we saw in Charlottesville, we will need a dedicated effort across lines of party, region, race and religion.

Already, the leadership of the nation beyond the President has stood up and powerfully condemned the neo-Nazis, and separated themselves from the moral equivocation of Trump. From the congressional leadership of both parties to former Republican presidential candidates to both Presidents Bush and the Republican Jewish Coalition, we have seen powerful statements against this hate.

Beyond politics, the CEOs of some of our largest and most important companies not only spoke out, but many resigned from Presidential advisory councils — so much so that Trump had to disband the councils. Even the leaders of all four branches of our Armed Forces publicly broke with their Commander-in-Chief and condemned the neo-Nazis of Charlottesville.

Beyond statements, the business community is rallying, making donations to support NGOs that fight hate and also taking direct action to combat white supremacists. The efforts of Google, GoDaddy and Cloudflare to take major neo-Nazi sites offline are steps in the right direction. Mayors are organizing their own initiatives, one that could offer a platform for governors, faith leaders and others to take part. The Jewish community is hosting a nationwide Shabbat this Friday evening to bring people together for reflection, and Christian leaders are stepping up as well.

It is hard to imagine an event in our national memory where the country and the world stood together in this manner, to denounce a sitting U.S. president.

I am optimistic that this is just the beginning. These responses demonstrate that responding to the President and his moral vacuity is not a matter of resistance. It’s an example of renewal. And if we will it, this moment can be a renewal of our democratic values that cherish freedom to express ideas but not the freedom to incite violence; a renewal of our social contract that binds us to the ideal, e pluribus unum; and a renewal of the communal bonds that tightly link the American people together because of our differences, not in spite of them.

Of course, the fight against extremism is not easy. It will take organizing, advocating and rejecting vigilantism — even against our enemies.

Part of my optimism comes from the lessons of the history we mark today. The lynching of Leo Frank didn’t just lead to the rebirth of the KKK. It also galvanized the work of the emergent ADL and the beginning of the movement to combat pervasive anti-Semitism in the United States. Bull Connor’s dogs and fire hoses, the shots that killed Medgar Evers and others, and the bombs that blew up churches didn’t stop our country’s march to justice. The violence targeting the Civil Rights Movement actually galvanized it.

And even though presidential leadership may be lacking, if we harness the outrage and introspection we are seeing from so many Americans, we too can stop these neo-Nazis in their tracks and continue the march for justice. 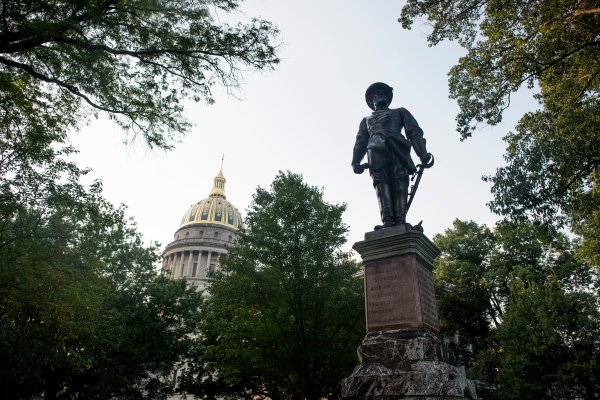 See Where Confederate Monuments Are Coming Down
Next Up: Editor's Pick