President Donald Trump’s widely criticized remarks Tuesday, during which he defended people who marched with white nationalists and neo-Nazis in Charlottesville, Va., prompted disbelief and unusually blunt criticism from news anchors who professed themselves stunned by his words.

CNN’s Anderson Cooper delved right into the matter at the beginning of his show on Tuesday: “A few hours ago, the President of the United States revealed so clearly who and what he really is.”

For more than 11 minutes, Cooper went over what Trump said at the Trump Tower news conference, showing clips of the President digging his heels into the assertion that “both sides” caused violence during the white nationalist march in Charlottesville last weekend.

“If you look, they were people protesting very quietly the taking down of the statue of Robert E. Lee,” Trump said. Cooper then showed video footage of the march, which revealed torch-bearing white nationalists chanting “Jews will not replace us,” and “blood and soil” as they approached the statue of Lee. Trump “seemed to go out of his way to whitewash the nature of what was, after all, an explicitly white power rally,” Cooper said.

The CNN host also went after Trump’s claim that he waited until he knew “the facts” to make a statement on the events in Charlottesville.

“President Donald Trump wanted to know the facts. Just let that sink in for a moment,” Cooper said. “If there is anything we already know about this president, is that he does not wait for facts to become clear before speaking. Has any president in modern history lied so fast and so frequently as this one?”

Trump’s news conference sparked emotional responses from other anchors, too. CNN’s Don Lemon said Trump “should go back to school and get an elementary education on how this country started.”

“Imagine if you were a Jewish person in Germany and you had to go to Hitler high school, or Goebbels elementary school, or middle school,” Lemon asked, referring to the Nazi regime. “That would be completely offensive to you on the deepest level, and that’s how people of color feel in this country when we have to deal with figures like Robert E. Lee, like Confederate flags. It’s no different than flying a swastika.”

“What I just saw gave me the wrong kind of chills,” MSNBC’s Chuck Todd said. “Honestly, I’m a bit shaken by what I just heard.”

“It shouldn’t be some kind of bold statement to say, yes, a gathering full of white supremacists, Nazis, doesn’t have good people in it,” she said. “I have too much eye makeup on to start crying right now.” 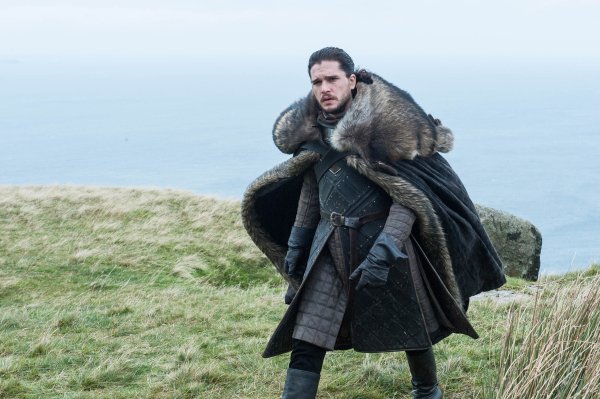 The Next Game of Thrones Episode Has Already Leaked Online
Next Up: Editor's Pick