Former President Barack Obama’s Twitter response to the deadly violence in Charlottesville, Va. over the weekend is officially the most liked tweet ever.

Obama posted a series of tweets Saturday quoting former South African President Nelson Mandela in the wake of clashes between white supremacists and neo-Nazis and protesters. “No one is born hating another person because of the color of his skin or his background or his religion,” the first tweet read. “People must learn to hate, and if they learn to hate, they can be taught to love … For love comes more naturally to the human heart than its opposite,” he continued.

The initial tweet, which was accompanied by a photo of the former President smiling at four children in a window, was liked 2.73 million times and retweeted more than 1.1 million times as of late Tuesday.

Twitter confirmed to TIME that the post became the most liked tweet in the company’s history and it’s the fifth most retweeted tweet ever. Obama’s tweet surpasses Ariana Grande’s response to the Manchester terrorist attack in which 22 people were killed after attending her concert in May.

President Trump has come under fire from all sides of the political divide for being slow to condemn racists and hate groups by name after a white supremacist plowed his car into a crowd of protesters, killing 32-year-old Heather Heyer. On Tuesday, Trump reiterated his original comments, saying that “many sides” were to blame for the violence. 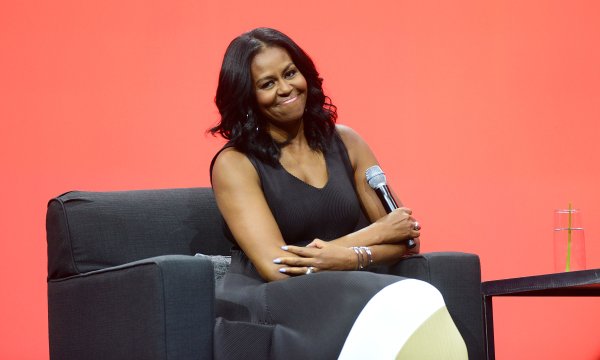