Officials at Texas A&M University said Monday that the school would not allow a white supremacist group to hold a rally on campus next month.

“After consolation with law enforcement and considerable study, Texas A&M is cancelling the event scheduled by Preston Wiginton at Rudder Plaza on campus on September 11 because of concerns about the safety of its students, faculty, staff, and the public,” the university said in a statement, according to KTRK, a local ABC affiliate.

Wiginton, a one-time A&M student, brought white nationalist Richard Spencer to speak at the university in December, and that event drew intense protests and an opposition event, the Houston Chronicle reported at the time.Wiginton announced plans for his September 11 event — again featuring Spencer — on Saturday afternoon, after violence broke out a white nationalist rally in Charlottesville, Va., leaving one woman dead and others injured.

Texas A&M said in its statement that no university-affiliated organization or person had invited Wiginton to campus. The white nationalist event was slated to take place outside in the middle of the campus, “during a school day,” which the university said would “provide disruption to our class schedules and to student, faculty and staff movement.”

“Linking the tragedy of Charlottesville with the Texas A&M event creates a major security risk on our campus,” the university added.

The cancellation came after multiple state legislators condemned the event and called on the university to block it, according to The Eagle.

Texas A&M reaffirmed its commitment to the First Amendment in its statement about cancelling the event. It noted that students had the opportunity to hear Wiginton’s views in December, but said this time circumstances, including “risks of threat to life and safety” meant they would cancel the event. 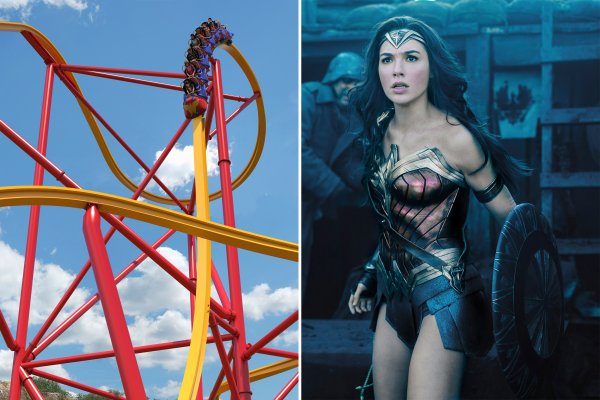 This Wonder Woman-Themed Roller Coaster Is Going to Make History
Next Up: Editor's Pick