Millions of people will watch as the moon completely blocks the sun during a rare total solar eclipse set to traverse the United States on Aug. 21. The eclipse will begin in Oregon at 9:05 a.m. PT and move across the country, ending at 2:44 p.m. ET near South Carolina.

If you can’t catch the eclipse in person, we have a way to make it feel like you are practically there. Along with LIFE VR, TIME is producing a 360-degree virtual reality livestream of the eclipse. You can watch live beginning at about 11:30 a.m. on TIME’s Facebook and YouTube pages, in partnership with Mesmerise Global.

Through the stream, you’ll see on-the-ground views of the total eclipse from Casper, Wyo., as well as skygazers who have gathered for the event. TIME’s editor-at-large Jeffrey Kluger will narrate throughout the livestream. An edited version of the 360-degree livestream will also be available in the LIFE VR app for iOS and Android, and on LIFE VR’s Samsung VR channel immediately following the eclipse, as well as Facebook and Youtube.

TIME will also host a separate livestream of the eclipse hosted by popular space personality Amy Shira Teitel starting at 12 p.m. ET on Aug. 21 on Time.com, as well as its Facebook and YouTube pages. 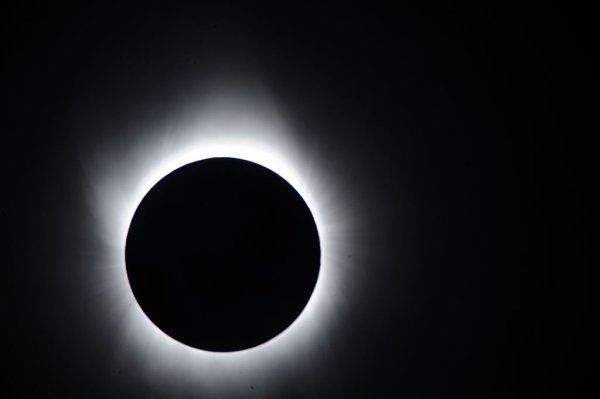 Watch Live as the 2017 Total Solar Eclipse Crosses the U.S.
Next Up: Editor's Pick