Who Is Jon Snow's Father? Breaking Down His Family Tree on Game of Thrones

The truth about Jon Snow’s parents has been one of the most enduring mysteries of Game of Thrones — even before the show began. In fact, the question is so integral to the story that George R.R. Martin says he only agreed to allow David Benioff and D.B. Weiss to adapt his Song of Ice and Fire series after they correctly guessed the identity of Jon’s mother based on information from the first five books.

There have been many fan theories about Jon’s parentage over the years, but the most popular is commonly referred to as R+L=J — i.e., Rhaegar Targaryen + Lyanna Stark = Jon Snow. Bran’s vision of Lyanna Stark giving birth to Jon Snow in the Tower of Joy and the papers Sam found confirming Rhaegar and Lyanna’s secret marriage confirmed this to be true.

Let’s recap what we know about his true heritage — and how that may change things going forward.

Who is Jon Snow?

Jon has come a long way from the brooding teen we met in the Game of Thrones pilot. After leaving Winterfell — where he was long mistreated by Catelyn Stark for being her husband Ned’s bastard — he spent the show’s first five seasons rising through the ranks of the Night’s Watch, eventually becoming Lord Commander. However, following his murder at the hands of his sworn brothers — and subsequent resurrection — Jon left his post at Castle Black to retake Winterfell from the Boltons.

He was named King in the North in the season six finale and has since been on a mission to convince the people of Westeros that their true enemy is not each other, but rather the army of the dead. During this quest he met and bent the knee to Daenerys Targaryen. The two have since become romantically entangled, though neither knows that they share Targaryen blood.

Who is Jon Snow’s mother?

Jon — along with nearly everyone else in Westeros — believes he is the illegitimate son of Ned Stark and a lowborn woman. But thanks to flashback scenes in which Bran Stark witnessed Ned’s final conversation with Lyanna following his — and Howland Reed’s — defeat of Arthur Dayne and the Targaryen kingsguard at the Tower of Joy, viewers know this isn’t the case. Jon is actually the child of Ned’s younger sister Lyanna, who made her brother promise to conceal Jon’s identity out of fear that Robert Baratheon — her former fiancé — would kill Jon if he found out the truth.

Who is Jon Snow’s father?

Lyanna was betrothed to Robert Baratheon, and Robert claimed that Rhaegar Targaryen, the son of King Aerys II, kidnapped and raped her. He begins Robert’s Rebellion as a result.

But Sam and Gilly discover documents in the Citadel that prove Rhaegar annulled his marriage to Elia Martell and eloped with Lyanna Stark in secret. While reading one of Sam’s books aloud in the episode “Eastwatch,” Gilly noted that a High Septon Maynard had issued an annulment for a “Prince Ragger” — an apparent mispronunciation of Rhaegar — and remarried him to someone else at the same time in a secret ceremony in Dorne.

Bran confirms that this is in fact the case: he uses his greenseer abilities to watch Lyanna and Rhaegar’s marriage. He also sees the birth of Jon in the Tower of Joy. Rhaegar was later killed by Robert himself during Robert’s rebellion.

Even before Bran discovered this information, there were several clues in the show to suggest Rhaegar was a good man.

When Oberyn arrived in King’s Landing to attend Joffrey Baratheon’s wedding to Margaery Tyrell, he had a conversation with Tyrion Lannister in which they discussed Rhaegar’s marriage to Elia. “The last time I was in the capital was many years ago, another wedding. My sister Elia and Rhaegar Targaryen, the Last Dragon,” he said. My sister loved him, she bore his children, swaddled them, fed them at her own breast — Elia wouldn’t let the wet nurse touch them. And beautiful, noble Rhaegar Targaryen left her for another woman.”

His last comment seems to suggest that Rhaegar left Elia to build a relationship with Lyanna, not take her hostage.

“Rhaegar never liked killing, he loved singing,” Ser Barristan once told Daenerys Targaryen. Barristan was not only extremely close to Rhaegar, but had a reputation as one of the most honorable men in the Seven Kingdoms. It seems likely that he wouldn’t have continued to speak highly of Rhaegar unless the rumors Robert spread were not true.

Ser Arthur was the best swordsman in Aerys II “The Mad King” Tagaryen’s kingsguard. However, instead of sending him into battle during Robert’s Rebellion, Rhaegar stationed him at the Tower of Joy to protect Lyanna. This implies that Rhaegar loved Lyanna and was willing to do anything to keep their unborn child safe.

This Means Jon Snow is a Targaryen

With Rhaegar as a father, Jon would be the only half-Stark, half-Targaryen in existence. Crucially, he is not a bastard but the legitimate child of a Targaryen and a Stark. That gives him an even greater claim to the Iron Throne.

Jon and Daenerys fell for each other, but the two are pretty closely related. Rhaegar was Dany’s older brother, which would make her Jon’s aunt. However, the Targaryens have a long history of incest, having spent over 300 years wedding brothers to sisters to keep their bloodline pure. A union between aunt and nephew seems within the realm of possibility.

Who knows about Jon Snow’s parents?

Both Sam and Bran are aware of the truth of Jon’s heritage. Howland Reed, the only survivor of the showdown at the Tower of Joy other than Ned Stark, may also be in the know. Unfortunately, a present-day version of Howland has never appeared on the show and in the books, he hasn’t left Greywater Watch — a moving castle that can’t be reached by raven — since Robert’s Rebellion. 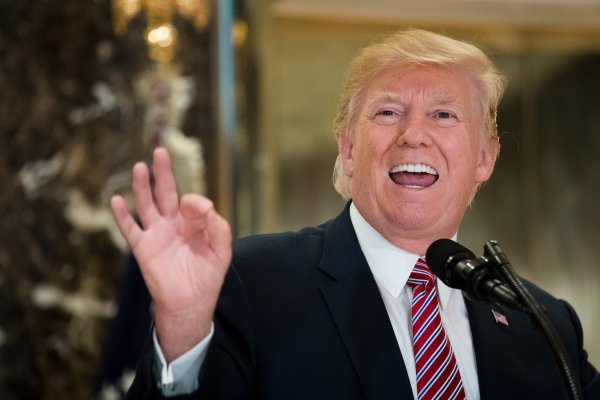 Anderson Cooper Says Trump 'Revealed So Clearly Who and What He Really Is'
Next Up: Editor's Pick