This Is How People Orgasm Around the World

Here at Health, we’re all about covering the latest news on orgasms—like how to have them regularly, how to make them more intense, and why they don’t just feel good but can boost your health and relationship too.

So we were thrilled to come across Lelo’s Orgasm Day 2017 Survey. The folks at Lelo, the sex toy retailer, did the hard work of polling 2,200 people across 21 countries about their big Os, asking questions such as how often they reach the pleasure peak, the position that makes it easiest to do so, and how loud they are when they pass the finish line.

Lelo crunched the numbers and released a list this week that ranked the countries where people orgasm the most and most intensely, as well as nations where citizens might want to amp up the bedroom action and increase their weekly orgasm count. (Fellow Americans, we’re looking at you.). Here’s what the survey found.

Norwegians have the most orgasms

Norway’s chilly temps must be inspiring residents to create heat between the sheets, because 35% of Norwegian respondents said they have the big O at least once a day. On average, the worldwide climax rate is 2 to 3 times per week, according to the survey. If you’re having trouble reaching the brink, try these 4 ways to overcome orgasm roadblocks.

People from Chile, Italy, and Spain have the most intense Os

When asked to rate the intensity of their big Os, 10-13% of respondents from these three countries gave their orgasms a 10 out of of 10. Want to make like a Chilean, Italian, or Spaniard? Read these 12 ways to have your best orgasm ever from Health‘s experts.

Residents of Brazil are more likely to wake the neighbors after a an orgasm than people in any other country, as 65% of Brazilian respondents described themselves as screamers, stated the survey. Norway came in second, with 39.9% of those polled ‘fessing up to not being quiet during climax.

While just 15% of our neighbors to the north say they’ve never experienced an orgasm, another 15% rated their orgasm intensity a paltry one on a scale of 1 to 10. Never had an orgasm? Here’s what Health‘s resident doc says about your inability to climax.

Americans have work to do

Chileans, Italians, and Spaniards may be most satisfied with their orgasms, but 28% of U.S. respondents rated their Big O satisfaction a 7. Here’s hoping we can all work together to make America great again when it comes to climaxing. 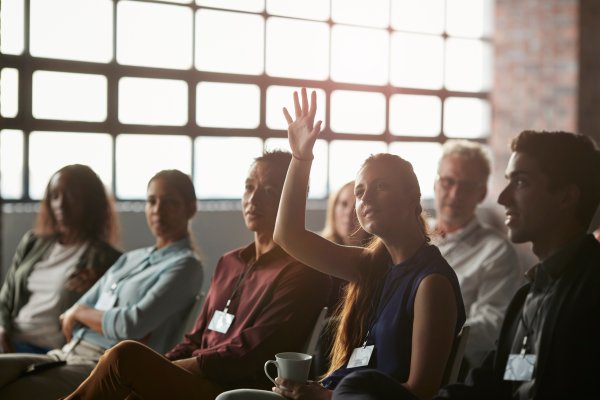 Why You Should Share Your Crazy Ideas in Meetings
Next Up: Editor's Pick