“Racism is evil and those who cause violence in its name are criminals and thugs, including the KKK, neo-Nazis, white supremacists, and other hate groups,” Trump said.

Trump’s comments came amid censure from both Democrats and Republicans over his initial tepid response to Saturday’s violence in downtown Charlottesville. Lawmakers in both parties had lambasted Trump for criticizing violence “on both sides” in an initial statement Saturday afternoon, without making an explicit denunciation of white supremacist and neo-Nazi demonstrators. Some called on Trump to label the incident ‘domestic terrorism.’

In an unsigned statement Sunday morning, a White House official clarified Trump’s initial remarks. “The President said very strongly in his statement yesterday that he condemns all forms of violence, bigotry, and hatred,” the statement said. “Of course that includes white supremacists, KKK Neo-Nazi and all extremist groups. He called for national unity and bringing all Americans together.”

But Trump’s personal silence on the subject had grown deafening, especially as the President’s initial even-handed critique drew plaudits from so-called alt-Right and neo-Nazi corners. Other Administration officials, including Ivanka Trump and Vice President Mike Pence had been explicitly critical of the extremist ideologies in their comments on Charlottesville, where Trump had been silent.

Heather Heyer, a Charlottesville resident and civil rights activist, was identified as the victim of Saturday’s hit-and-run attack, allegedly perpetrated by Ohio resident James Alex Fields. Fields, who was arrested shortly after fleeing the scene, was photographed joining the white supremacist protest. More than a dozen others were injured — several of them seriously — as the vehicle, allegedly driven by Fields, plowed into counter-demonstrators on a street. 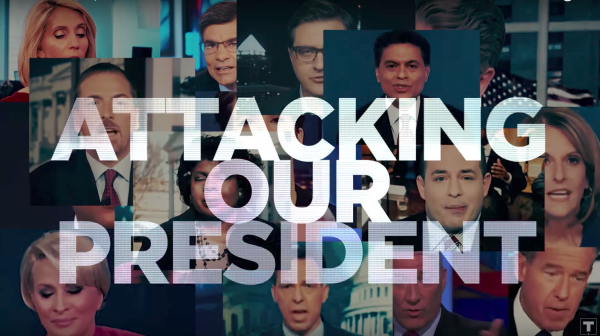 Trump Ad Slams Democrats and Media
Next Up: Editor's Pick