John Oliver: I Know Why Nazis Like Trump and It Has to Do With Cats

John Oliver accused President Donald Trump of “feeding” the Nazi sentiment that was on full display during a weekend of violent clashes in Charlottesville, Va.

“Nazis are a lot like cats: If they like you, it’s probably because you’re feeding them,” Oliver said Sunday evening on Last Week Tonight.

“There aren’t many instances in modern American politics where you can honestly think, ‘That guy really should have mentioned the Nazis,’ but this is emphatically one of them,” Oliver said. “It’s like a reverse Godwin’s Law: If you fail to mention Nazism, you lose the argument.”

In a prepared statement Saturday afternoon, Trump denounced violence on “all sides” in addressing the incidents in Charlottesville, which left one dead and more than a dozen injured after a white supremacist allegedly drove a car through a crowd of counter-protesters. Lawmakers in both parties swiftly condemned Trump’s refusal to specifically call out white nationalists. The White House tried to clarify Trump’s statements on Sunday, and on Monday, Attorney General Jeff Sessions made the rounds on morning television shows, both defending the President and more forcefully denouncing Nazism.

When discussing Trump’s initial statement, Oliver said Trump had several chances to respond to disavow Nazis and white supremacy, but instead he “threw an air ball so far away it landed in the Third Reich.”

“It simply doesn’t get easier than disavowing Nazis. Its as much of a presidential gimme as pardoning a f–king turkey,” he said. “It is almost impossible to screw it up, but that’s exactly what happened.” 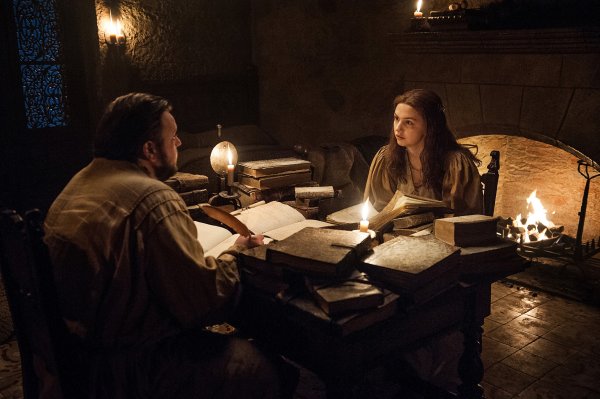 Game of Thrones’ Ravens Are Based On These Real-Life Birds
Next Up: Editor's Pick