Cersei Lannister’s plan for regaining control of Westeros seemed to be going pretty well until Daenerys Targaryen swooped in on dragonback and incinerated the Lannister army in Sunday’s episode of Game of Thrones. However, based on Cersei’s most recent conversation with Tycho Nestoris, the Queen of the Seven Kingdoms still has at least one more card up her sleeve.

“My only venture at this moment is reestablishing control over this continent and every person on it,” she told the Iron Banker. “I need to expand my armies, my navies. My Hand, Qyburn, has made overtures to the Golden Company in Essos.”

This was a reference to the most famous collection of mercenaries in the Free Cities. They were previously name-dropped in season four when Davos suggested Stannis Baratheon hire them to help him win the Iron Throne. Stannis declined on the basis that sellswords can’t be trusted, despite the fact that the Golden Company is renowned for never breaking a contract. The group even swears by the motto, “Our word is good as gold.”

If Cersei successfully negotiates a contract with them, it would add around 10,000 much-needed soldiers to her army. However, there is one character who could put an unanticipated hitch in this scheme: Jorah Mormont.

After fleeing Westeros to escape execution for selling slaves — but before coming into Daenerys’ service — Jorah spent some time fighting in the Golden Company. If he still has connections in the group, he may be able to convince them to side with the Mother of Dragons instead — especially considering that Cersei may be low on funds once she repays the Lannisters’ debt to the Iron Bank.

Conveniently, Jorah is now greyscale-free and headed back into the fray. And since he has been desperately trying to get back in Dany’s good graces, this seems like a golden opportunity. 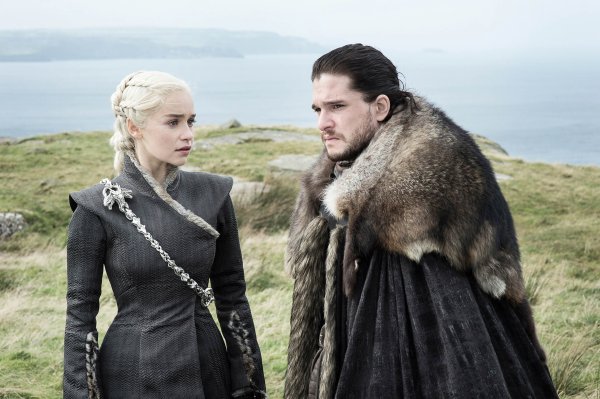 Why Eastwatch Could Be a Pivotal Location on Game of Thrones
Next Up: Editor's Pick