What’s that strange white blob appearing in the background of photos taken at the White House on Wednesday? It’s a giant inflatable rooster bearing a striking resemblance to the President, of course.

This new addition to the scenery was reportedly the handiwork of documentary filmmaker Taran Singh Brar, who was quoted in USA Today saying he installed the 30-foot Donald Trump-inspired chicken balloon on the Ellipse, just south of the White House, to call attention to what he viewed as the President’s “weak and ineffective” leadership, and accusing him of “playing chicken with North Korea.”

According to USA Today, Brar says he obtained all necessary permits for the installation from the National Parks Service and the Secret Service.

The aptly named “Trump chicken” made its public debut late last year after a sculpture of the design towered over shoppers at a mall in Taiyuan, the capital of China’s northern Shanxi province. Reportedly designed by Seattle-based artist Casey Latiolais, it was meant to ring in the Chinese New Year by honoring this year’s animal incarnation: the Rooster.

Miniature trinkets and inflatable imitations like Brar’s soon became available on Chinese online shopping platform Taobao, where Trump chicken balloons ranging from six to more than 33 feet tall sold for between $75 and $750. Brar says he bought his “30-foot chicken Don” for a competitively priced $1,300. 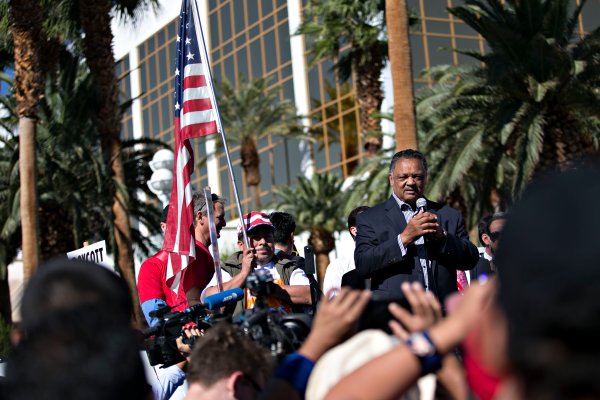 How Trump’s Policies Are Fueling the Culture Wars
Next Up: Editor's Pick