The Trump Administration is no longer treating Florida’s Miami-Dade County as a so-called “sanctuary city,” after the county began extending the detentions of local inmates who are being sought for deportation — a practice in accordance with President Trump’s immigration policies.

Miami-Dade County Mayor Carlos Gimenez, a Republican, said Saturday that he had received a letter from Acting Assistant U.S. Attorney General Alan Hanson confirming the county’s compliance, according to the Miami Herald.

“Based on the materials you have provided, we found no evidence that Miami Dade County is currently out of compliance with section 1373,” Hanson wrote, referencing a policy requiring that local law enforcement agencies comply with detainer requests and share immigration information with federal authorities. “As a reminder, complying with section 1373 is an ongoing requirement that the Office of Justice Programs will continue to monitor.”

Trump has threatened to cut off certain federal grants from sanctuary cities. Miami-Dade County received a warning letter in April because it had been identified as a sanctuary city under the Obama Administration, according to the Herald. In the warning letter, the Justice Department threatened to cancel a federal grant that the county receives annually.

Gimenez said Saturday that because of its compliance, Miami-Dade County is eligible for the $481,347 grant, which will be used by the Miami-Dade Police Department. 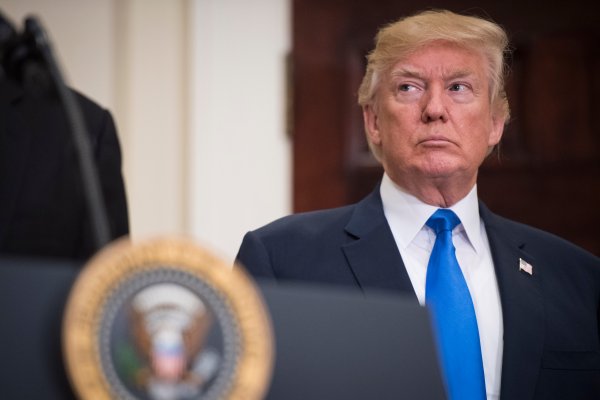 Find Out If President Trump Would Let You Immigrate to America
Next Up: Editor's Pick