Although Jon Snow has been spending plenty of time getting to know their mother, he’s yet to come face to face with one of Daenerys’ dragons. But judging by the promo for next week’s episode, that’s all about to change.

Despite the fact that Drogon was wounded while laying waste to the Lannister forces, it looks as though he’s still going to be able to fly Dany back to Dragonstone in time to catch Jon before he heads north. Some fans believe this meeting will be the first step on the road to Jon discovering his true parentage — i.e., that he is not the illegitimate son of Ned Stark but rather the child of Ned’s sister Lyanna and Rhaegar Targaryen.

“I feel like that will be the first big moment where Dany realises something is up with Jon,” wrote Reddit user LtRavs. “Drogon perhaps acting submissive or something like that to indicate he’s special in some way.”

Not to mention this detail from George R.R. Martin’s A Song of Ice and Fire series — the books on which Thrones is based — that seems to support the theory that dragons will always know a Targaryen. After Quaithe — the shadowbinder from Asshai who made a brief appearance in season two — shares a prophecy for Daenerys in A Dance With Dragons, she leaves with some memorable parting words. “Remember who you are, Daenerys,” she says. “The dragons know. Do you?”

If Drogon does seem to recognize Jon as a Targaryen, it would also lend credence to the theory that Jon is one of the prophesied figures known as the three heads of the dragon: one of three people who will eventually ride Dany’s three dragons. (Thanks to Tyrion’s friendly introduction to Rhaegal and Viserion last season, some think he will complete the trio.)

And what better time to realize you have the ability to ride a dragon than when you’re racing to beat an army of the undead to a castle thousands of miles away? 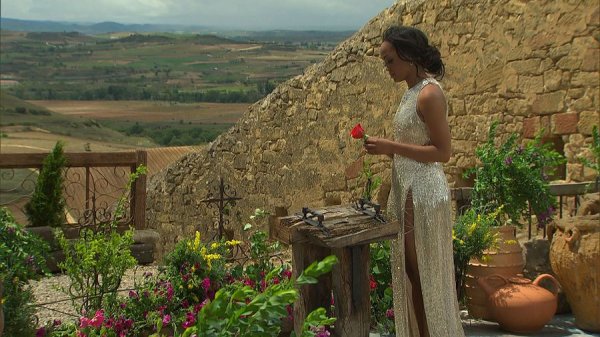 The Bachelorette Recap: Who Did Rachel Choose?
Next Up: Editor's Pick