6 Things You Should Know About Having Sex During Your Period

We talked with Tara Ford, a physician assistant at the Medical Center for Female Sexuality in Purchase, New York, to learn everything you should know about having sex during menstruation — the good, the bad, and the slightly messy.

Doctors say go for it

“If the patient is comfortable with it, then it’s great to continue having sex throughout the month and not have to take a break,” says Ford. “It’s perfectly natural and safe for both partners.”

To avoid stained sheets (her patients’ biggest concern), she recommends putting a towel down on the bed, or getting busy in the shower. And don’t be concerned if you see dark red or brown clumps during or after sex; that’s just older blood and cells of your uterine lining, and it’s perfectly normal.

Arousal is different for every woman, and some may be too distracted by their period and its annoyances to actually get in the mood for sex. But for others, menstruation could actually be a turn-on of sorts. That’s because your estrogen and testosterone are low on day 1, but they start to rise by day 3. “Some women report they feel more aroused and more sensitive around this time,” says Ford says.

Plus, your flow can serve as extra lubrication during sex, which can also increase pleasure. If you typically use a store-bought lubricant to help with dryness during sex, this may be your week to go natural. And some research suggests that orgasms can even relieve menstrual cramping and PMS.

Women shouldn’t assume their partner will be grossed out by their period. In fact, it’s often the person who’s menstruating who puts a stop to sex, not her other half, Ford says. Every couple is different, and some people will be more open to it than others. If you’re curious what your partner might think, however, don’t spring it on him or her in the heat of the moment—bring it up before things get hot and heavy. “Good communication can lead to great sex at any time during the month,” she says.

You can minimize the mess

Wearing a menstrual cup or a female condom can help reduce the amount of blood that might come out during intercourse, Ford says. If you’re not comfortable using one of them, even a regular condom can make cleanup easier—for your partner, at least. Having sex in the missionary position, with the woman on her back, can also limit blood flow (thanks, gravity!), as can having sex toward the end of your period, when your flow is lighter.

If you’re not into intercourse during your period, there’s no reason you can’t still enjoy other sexual encounters (mess free!). “She can wear a tampon and the focus can be on the clitoris,” says Ford, and she can still help her partner orgasm with manual or oral stimulation.

You can still get pregnant if you have sex while on your period. “Some periods last more than a week and sometimes a woman’s ovulation can overlap with menstruation,” says Ford; on top of that, sperm can live for 3 to 5 days. If you’re on birth control and taking it as directed (including during your placebo week), you should be fine—but if you aren’t, don’t chance it without another form of protection.

You’ll also need a form of barrier protection if you don’t know your partner’s STD status. Because the cervix is more open during this time of month (which allows the blood to pass), you have a slightly higher risk of infection from exposure to a sexually transmitted disease during unprotected sex, Ford says. 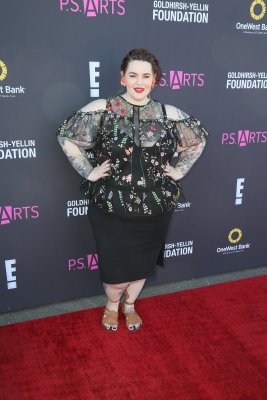