Dickon Tarly may be a relatively new addition to the world of Game of Thrones, but fans are already loving him.

The character first appeared during his older brother Sam’s brief trip home to Horn Hill in season six. However, the actor who played him, Freddie Stroma, has since been replaced by Black Sails alum Tom Hopper.

Hopper’s first scene saw him appear at King’s Landing with his father, Randyll Tarly, to reaffirm their family’s loyalty to the crown in the second episode of season seven. But his moment to shine came when he saved Jaime from a Dothraki bloodrider during the Loot Train Battle in Sunday’s installment.

Of course, viewers also loved his comical introduction to Bronn. 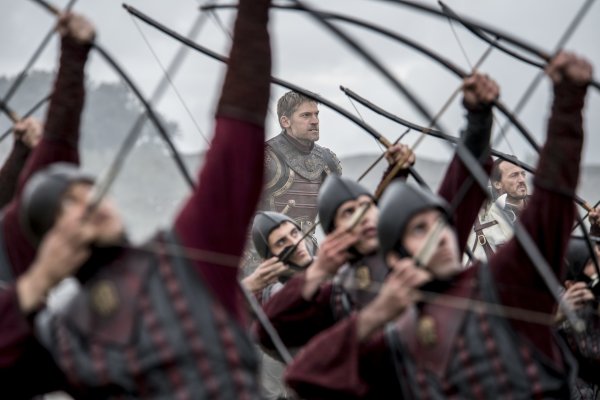 Here's Why Jaime Lannister Is Probably Still Alive on Game of Thrones
Next Up: Editor's Pick